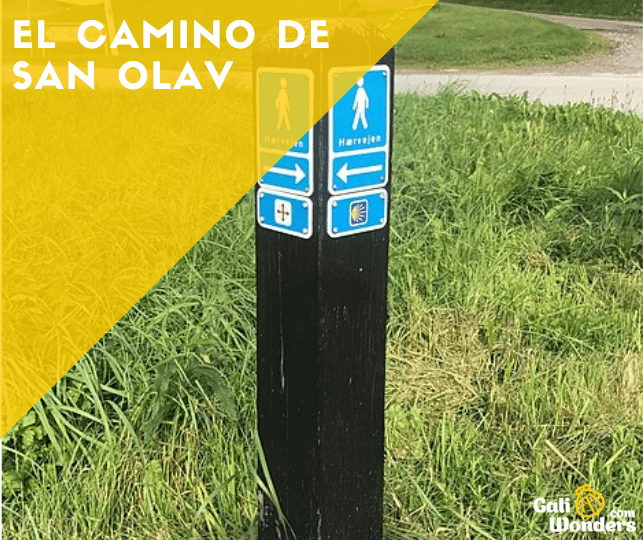 Today  we will focus on a different pilgrimage route in Europe, Saint Olav’s Way. This itinerary might not be as well known as the Camino de Santiago, but still fascinating. We will discover the origins of the walk, its history, duration, and the most popular points along the way. Keep reading and get to know all the details about this Nordic pilgrimage route. 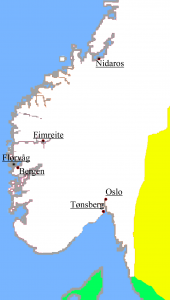 The main goal of this pilgrimage route, is visiting the tomb of the Norwegian King, Olav Haraldsson (also known as Olav II the Saint). We was canonized for establishing Christianity as the official religion in the area.

This trail is formed  by a network of different routes of more than 5,000 km throughout the Scandinavia. They connect different places with Nidaros. Of all these routes, more than 2,000 km are in Norway. The trail is divided in seven mail routes. The most popular one is Oslo-Trondheim.

The Oslo-Trondheim Way departs from Nidaros Cathedral, in Trondheim (Northern Norway) up to Olso (Southern Norway). This pilgrimage route is more than 650 km long, and is still active nowadays.

It is quite a remote path although, during summer season, there are more pilgrims along the way. This allows walkers to enjoy the landscapes and nature along the route, in peace, unlike other routes with a higher number of pilgrims. Also, the path is still as it was on its origins, and it is very well marked.

Through this walk you will discover extraordinary natural areas, charming little villages. All of it it with the influence of  the viking culture.

Regarding accommodation, there are many hostel facilities along the way. And it is also possible to camp outdoors. There is also a Pilgrim Passport for this route, and places to get it stamped. 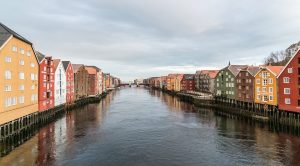 Although Saint Olav’s way is a walking route, and the original path is not great for cycling, there is an alternative trail for those who want to take their bike. This alternative path is great for mountain bikes, but not for road bikes (as some stretches pass through  dirt paths or secondary roads.

History of the route

Before talking about the actual path, we will focus on the main character, Olav Haraldsson (or Olaf II of Norway, the Saint Patron).

Olav Haraldsson was the descendant of Harald I of Norway. He took part in viking incursions since he was very young. First, in the Baltic countries, and then in the British Islands. 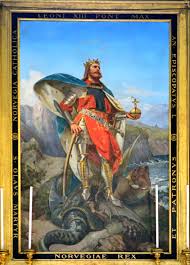 It was during one of this incursions (this time in the Spanish coast) that we was defeated in Galicia, while trying to go up the Miño River. After that, he managed to scape and run away to Normandy, in France. By that time, the region was occupied by Danish and Norwegian people. They had agreed to protect the country against incursiones and sacking. In Normandy, we converted to Christianity and was baptized.

When he got back to Norway, the country was divided between the local jarls, Sweden and Denmark. He started a military campaign, with many victories, that lead to the unification of the country.

Once the country was unified, Olav decided to establish Christianity as the official religion, and it lead to consolidate it in Norway.

In 1028, the King Canute of Denmark and England, decided in invade Norway. He had the support of part of the Norwegian aristocracy. Olav was forced to be exiled in Rus (Kiev) where he started to gather an army with the idea of getting back to Norway. He died in 1030, on the Battle of Stiklestad.

It is said that a blind man, after rubbing his eyes with the blood of Olav’s body, recovered his vision. Some peasants took his body and buried it close to the Nidelven River, in Nidaros (Tronheim). It was then when Olav worship started, as he was consideren a Christian martyr (also known as Saint Olaf).

After that, his remains where moved inside a chapel. This chapel evolved into a great cathedral, the Cathedral of Nidaros. And it became a pilgrimage destination.

It is the fourth pilgrimage destination in Europe, after Santiago de Compostela, Rome and Jerusalem. Even if it is not as popular as the Camino de Santiago, this path has been walked by pilgrims since 1032.

However, after Norway became a Protestant country, the devotion to the saints was prohibited. For this reason the path stopped being operational until 1997, when it was open again for pilgrims. 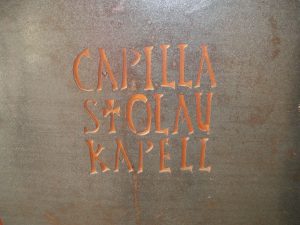 In Covarrubias (Burgos, Spain) there is a Saint Olav’s Chapel. You might wonder why there is a chapel dedicated to a Norwegian saint in the middle of Spain. Well, this chapel was built because of a promise that Felipe, brother of Alfonso X the Wise, did to his wife. She was Christina of Norway.

Nowadays, there is also a route in Spain called Saint Olav’s Way. In fact, it joins Burgos and Covarrubias, around 60 km that can be completed on a long weekend.

We hope you found this post about Saint Olav’s Way interesting. As you might have notices, this route bears a lot of resemblance with the Camino de Santiago!