On January 22, the series 3 Caminos was released on “Amazon Prime“. Lovers of the Camino de Santiago have been looking forward to it for a long time, and yet the sensations that have been perceived in the pilgrim community are quite bittersweet. There are those who have not seen the essence of the Camino reflected in its eight chapters, artificial characters, and implausible dialogues. Others have seen the reflection of true friendships that emerge along the way, with their lights and shadows, but that last over time in different life circumstances.

Whether you have felt identified with the plot or not, or have connected more or less with its characters, the truth is that we have detected a series of errors related to the experience of the Camino de Santiago itself. Simply out of pure curiosity, let’s see some of these errors that we have noticed on a superficial view. Let’s discover some of them! 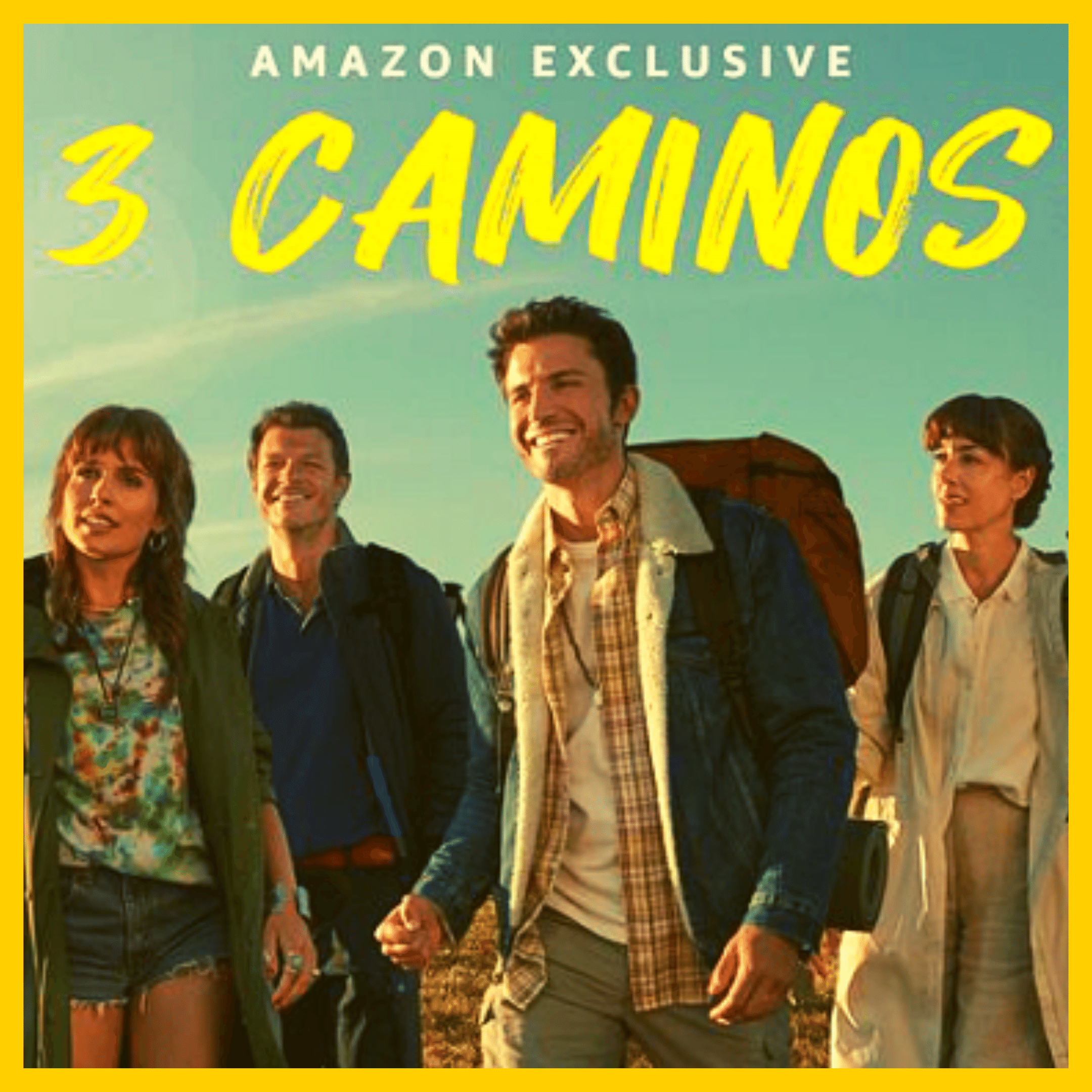 6 Errors in the series “3 Caminos”

In the second chapter of the series, the 5 protagonists arrive at O ​​Cebreiro. At the hostel, the Korean character (Yoon Soo) realizes that he has lost his credential, and immediately enters a state of great disturbance. Well, this uneasiness, from a practical point of view has no reason to be. It is true that the character was previously altered for other personal reasons, but with regard to the credential, having requested another, problem solved. And it is that the minimum necessary to obtain the Compostela in Santiago is to do the last 100 km on foot. In the case of the French Way (the one shown in the series), this point is marked by Sarria. From O Cebreiro to Santiago it is approximately 150km.

Therefore, he was still in time to correct his mistake, in fact there are many pilgrims who leave directly from O Cebreiro. We did not understand his tension: get another credential and problem solved 😀

I had not noticed this error since I saw the series in its original version. Although several languages ​​alternate, most are in English (except for the last part, which may be more Spanish). But after browsing various forums and groups of pilgrims, it is obvious that many spectators noticed a classic mistake: calling the “Compostela”, “Compostelana”. Apparently it is an error that appears in the subtitling and in the dubbing.

There is a traditional mistake, which is to call this document “Compostelana”, but the real name is “Compostela“.

3. The wedding in Samos

During the first path of the protagonists, the “wedding” between Yoon Soo and Raquel takes place. Without going into the impossibility of celebrating a religious wedding in such conditions (without all the required prior documentary formality) there is a small geographical error. And it is that it is implied that practically after the wedding is celebrated, the group arrive in Santiago. The bride and groom leave the church, celebrate, return to the Camino, and a couple of shots later we see them contemplate the Cathedral of Santiago de Compostela, as if everything had taken place on the same day.

It should be remembered that Samos is about 140 km from Santiago de Compostela, so pilgrims usually need at least 6 days to complete this section on foot. We can’t believe that, no matter how fast they were, they would have done it in just a few minutes!

4. Backpacks inside the Cathedral? No!

Something that pilgrims who have made the Camino de Santiago undoubtedly know is that in many of the temples along the route it is not possible to access with a backpack. The usual thing before visiting these places is to leave it in the accommodation, or make use of lockers, etc …

Jana, the German character, walks inside the Cathedral of Burgos with her backpack on her back, with total impunity. Did anyone else notice thi detail? 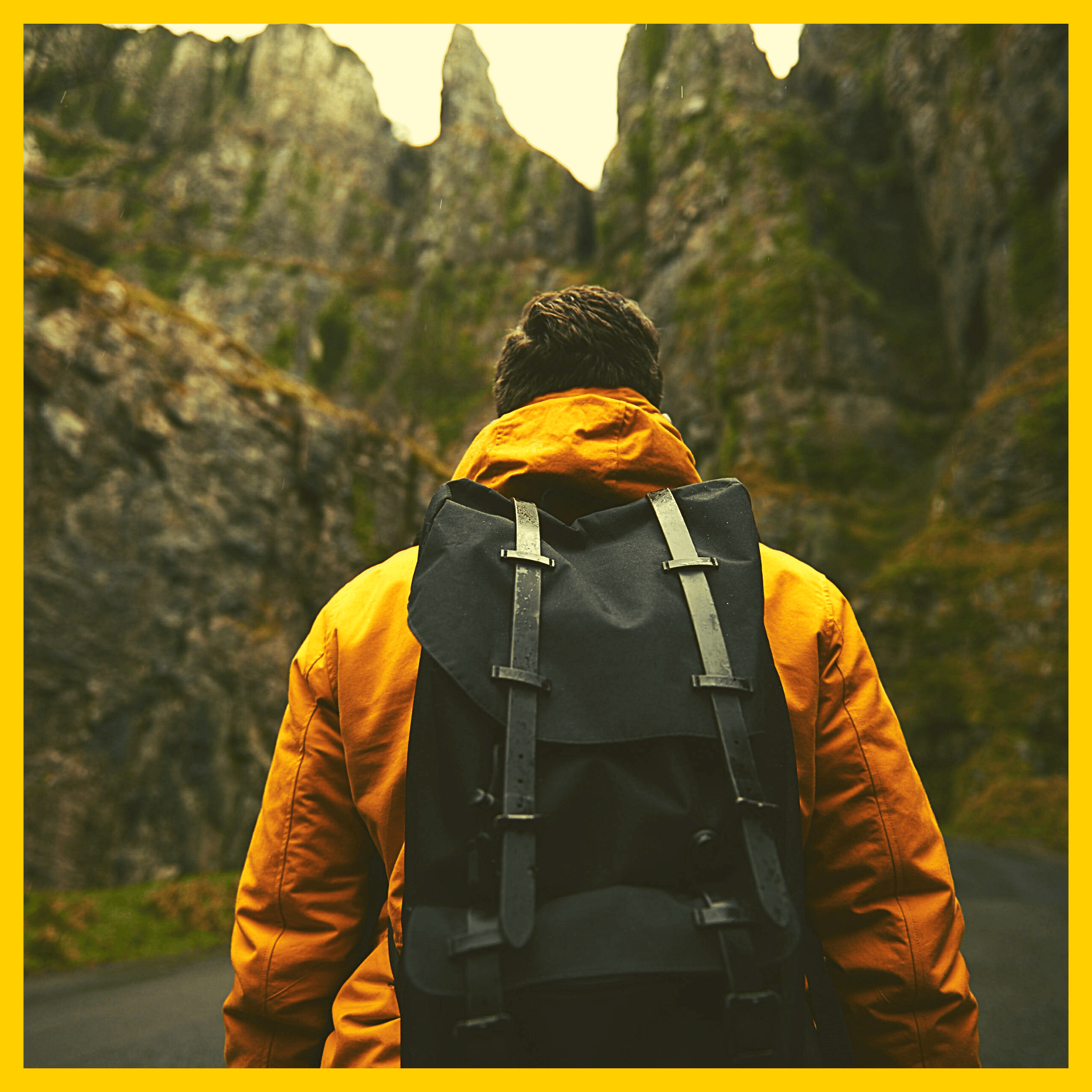 5. Arriving at the Obradoiro Square, through the right place?

The series shows us that along the 3 paths that the main characters make together, the chosen route is always the French Way. The entrance to the Plaza del Obradoiro (where we can see the main facade of the Cathedral) by the French Way, is done through the Arch of the Palace, or Arch of Xelmírez. This is on the left side of the facade (if we look at it from the Obradoiro). Under the arch it is common to find the bagpiper who receives the pilgrims of the French Way with typical Galician melodies.

However, the series shows us a different arrival, and it is that the characters arrive at Obradoiro both through Rúa de Hortas and Costa do Cristo, as well as through Rúa de Raxoi. Both are located on the sides of the Pazo de Raxoi, and undoubtedly offer a first impression of the rather impressive facade of the cathedral. But those who are familiar with the French Way will know that, for the moment, it is not the real one. 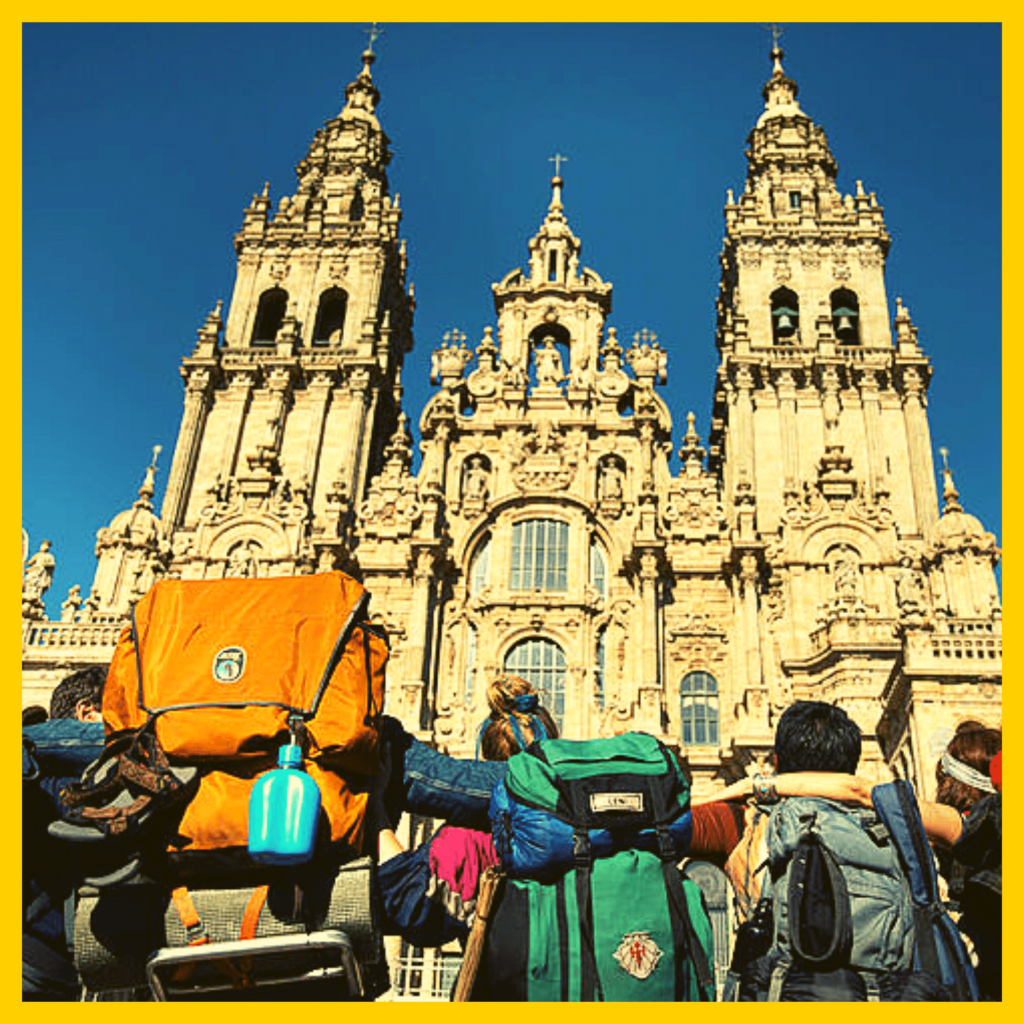 6. The French Way in winter

The second path that these pilgrims take, takes place in the middle of winter and, apparently, they opt again for the full French Way, from their starting point. Well, despite what the series shows, making the entire French Way in the middle of winter is not an easy task. There are certain areas that are closed for climatic reasons, such as the Pyrenees, so making the stage from Saint-Jean-Pied-de-Port to Roncesvalles is impossible.

The same happens in the O Cebreiro area, which is usually impassable because of the snow. In fact, for this reason alternative routes arise, such as the Winter Way. This route starts from Ponferrada, and runs in parallel through lower areas, to avoid snow and reach Santiago in optimal conditions.

The series shows us an apparent improvisation that collides with reality. It should be remembered that many accommodations close in winter because it is low season. So, if you decide to walk the Camino in winter, it is advisable to book and plan everything in advance, to avoid unforeseen events.

What about you, have you noticed any other errors in the series 3 Caminos? What do you think about it? Does it really represent the idea you had of the Camino de Santiago? Feel free to leave us your comments below!