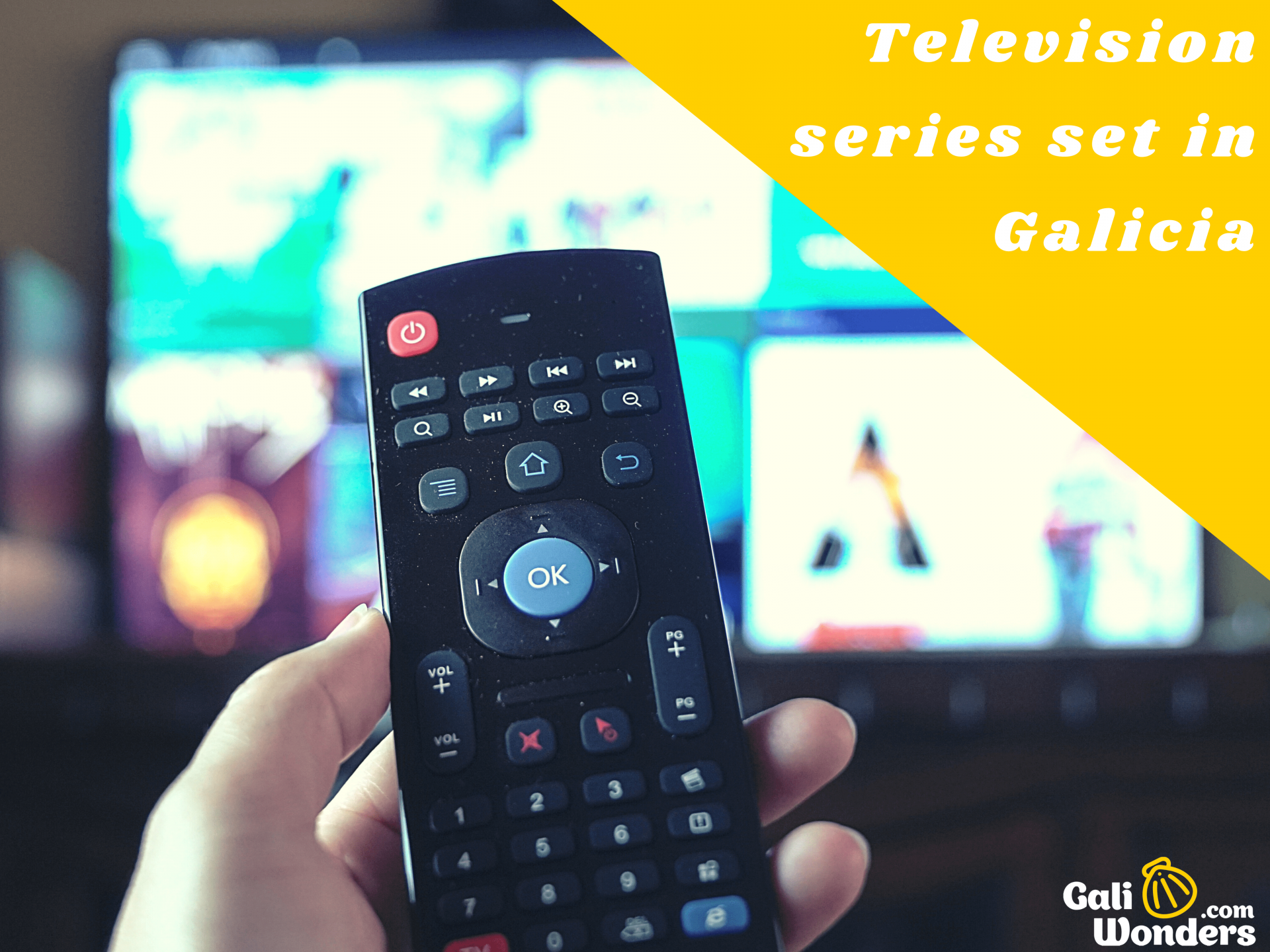 Galicia is in fashion, there is no doubt about it. Lately we are enjoying the landscapes of our beautiful region through the television series of the moment. Millions of viewers around the world follow these plots, episode after episode, through international audiovisual platforms, such as Netflix, Amazon Prime, HBO … Let’s take a brief tour through the series set in Galicia, which have opened a small window to our land for viewers around the world. Go for it!

It is the latest success of the Netflix platform, and its only series shot entirely in Galicia (for now!). This addictive Galician thriller has become a success since its premiere, entering the list of the 10 most watched series in the world at the time.

The series is based on the novel of the same name, written by author Carlos Montero (who also directs the series). The fiction revolves around two teachers who work at the Novariz institute, Viruca and Raquel, intertwining past and present to solve a series of mysteries.

Novariz is actually Celanova, the town of Ourense where most of the plot takes place. The cobbled streets, the hot springs, that mysterious atmosphere … The landscape and the setting are almost one more character in the story. 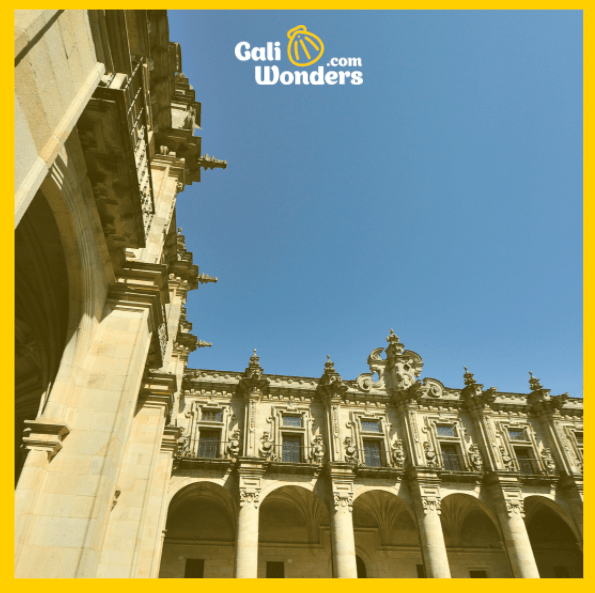 But not only Celanova is present in The Mess you Leave Behind. You can also see the city of A Coruña, the Thermal Spring Waters of Bande (Ourense) and part of the Ribeira Sacra. In addition to being very entertaining and having a great cast, the series helps to show us some of the most unknown areas of inland Galicia, but which has beautiful cultural and landscape resources.

Cocaine Coast (Fariña in Galician) was a great audience success at the time, coinciding with a controversy that affected the book on which it is based. The series premiered on Antena 3, but can currently also be viewed on Netflix. It was a great audiovisual success, with a focus on Galicia, and which attracted a lot of tourism at the time due to the impressive locations that were shown.

The series tells us the history of drug trafficking in Galicia through different characters. It shows us the figures of the main drug traffickers, who tried to fight this scourge, the social drama that it caused, the evolution of smuggling … It shows the same problem, approached from different perspectives.

And also, it shows us multiple places on the Galician coast: Porto do Son, Noia, Boiro, A Illa de Arousa, Outes, Pontevedra, O Grove … These are just some of the emblematic points of this fiction, based on real events.

After the great success of Cocaine Coast, the series set in Galicia began to follow one another. Unlike the first, Unauthorized Living is a fiction (which we can see on Telecinco and Netflix), although it also addresses the issue of drug trafficking in the estuaries. The series is based on the story of the Galician writer Manuel Rivas.

Nemo Bandeira s a great businessman and, in the shadows, a drug lord. After being diagnosed with Alzheimer’s, he tries to hide his disease while deciding what to do with his empire. Parallel to power wars and conspiracies.

The series was filmed in different enclaves of Galician geography, mainly coastal, among which the following stand out: the Pazo de la Toxeiriña in Moraña (the main character’s house), Illa de Arousa, Vilagarcía and O Grove (among others).

Curiously, this series, shot in the Galician language, triumphed in the United Kingdom and Ireland, ranking as the seventh most watched (non-English speaking).

Bitter Daisies has two seasons, and narrates the investigation of an agent of the Civil Guard, who moves to a town in the interior of Galicia (Muriás) to investigate the disappearance of a young woman. There she finds a much more complex framework that, with enough difficulties, she will try to uncover.

The second season chooses scenarios that are also typical of the interior of Galicia, such as A Ribeira Sacra, Monforte de Lemos or the Pazo de Adai.

Although it is a much older series, which premiered in the 80s, we want to name it on this list for being the forerunner of those that came later. The first series on a national scale, to be shot in Galicia. 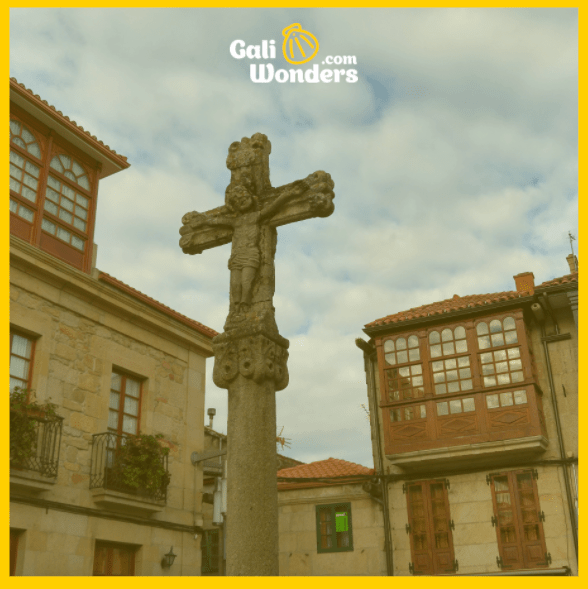 Based on the novel by the Galician writer Gonzalo Torrente Ballester, The Joys and the Shadows tells a story set in the Second Republic, in which the old industry is dying, giving way to the new lords of money. The work showed us, through the passions of its characters, the fall of the old economic order before the arrival of the new industry, driven by the return and push of overseas immigrants.

The series, set in an imaginary town called Pueblanueva del Conde, was shot between Pontevedra, Bueu, and other enclaves of the estuary.

Have you followed any of these series? Which is your favorite? Would you recommend any other that we have forgotten in this short list? Feel free to comment below!