Do you want to live a unique experience, meeting travellers from all over the world and discovering the historical journey that has led pilgrims to the Eternal City for centuries?

Passing through the most beautiful towns and villages of Tuscany, you will get to know the culture, traditions and Italian eno-gastronomy that have made this land famous all over the world!

Choose between our 2 different routes of the Via Francigena and get ready for the most special journey of your life.
Perhaps not everyone knows that although Italy has a lot of history, it is actually a very young country, whose borders are very recent.

It has always been a place of continuous struggle to establish control over its lands. Such a fragmented country needed routes that would facilitate connections, not only in political-military terms, but also for its commercial transactions.

The Via Francigena in the past

Although with another name, the Via Francigena finds its origins in the seventh centur, due to the controversies between the Longobards and the Byzantines. It was back then when they understood the need to create a route linking the Kingdom of Pavia in the North, in the hands of the Longobards, with the lands further South.

The route was originally called “Via de Monte Bardone” because of the Mons Langobardorum (today Cisa) which was the mountain that had to be crossed.
The path then followed through the Magra valley and it was going to the city of Lucca. After crossing the Arno river, it continued through the valley of its tributary, the Elsa river, to reach Siena.
There, a simple route through the valleys of Arbia and Orcia allowed travelers y to join the ancient Via Cassia, that eventually would led to Rome.

Due to the change of supremacy from the Longobards to the Francs, they also changed the name of the route we know today as Via Francigena also called “Road belonging to the French” or “Road that departs from France” territory that included the present France, the Reno valley and the Netherlands.

It was precisely with Charlemagne when the Via Francigena began to receive a greater and more regular traffic between North and South of Europe.
Thanks to the Carolingian administration, its conditions were greatly improved, allowing a huge number of people to pass through, including merchants and pilgrims.

The practice of pilgrimages became more and more popular and the preferred religious destinations were, in addition to Jerusalem, Santiago de Compostela and Rome.

However, for the Via Francigena to become so well known, it was necessary to wait a little longer. Precisely until 990 when the same abbot Sigerico nicknamed the “Serious”, was ordained by Pope John XV Archbishop of Canterbury.

From this English city the Archbishop travelled the whole Via Francigena until returning to Rome to receive the “Palium”. In his manuscript, now kept in the British Museum in London, he wrote down in detail his way back to Canterbury and the 80 houses where he could spend the night during his journey.

There are many people who consider that his work is the most accredited of the itinerary of the Via Francigena. Today most people want to do the route from Canterbury to Rome (or rather only a part of that for lack of time).

Obviously, when we talk about the routes at that time, it had little to do with modern routes as you know them. In fact, in many cases, the route could vary according to environmental conditions and different seasons.

Moreover, the many pilgrims who at that time managed to complete this route, deserve all our respect not only for the long distance they managed to walk but also for the conditions in which they were doing it. Without luggage or adequate clothing. They crossed imposing obstacles such as the pass that currently connects Switzerland and Italy, called Great St Bernard Pass (at an altitude of 2,473 m).

During the thirteenth century the Via Francigena, becoming more and more the strategic point of connection for products from the east, underwent some modifications. Due to the growth of its commercial role, other alternative routes were added, mainly to include a more direct connection between Florence and Bologna with Rome. The route called “the royal road of Rome” (Bologna-Florence-Siena-Rome) was born and it began to be considered the main route until today.

The distance of the Via Francigena reaches a total of 2040 km, due to the modifications of the original route (diverted in the current railroad tracks, motorway etc…). The stages into which the Via Francigena can be divided are 86 and it would take 3 months to be completed.

The stages have an average of about 20 kilometres per day and can be travelled by bicycle or on foot. The route, which is signposted mainly thanks to volunteers, is not as well indicated as that of the Way of Saint James.

It can be identified with the image of a yellow pilgrim, carrying a bag and equipped with a cane. Everything on a yellow and white background, colours of the Papacy or the Vatican. Nonetheless, sometimes you can distinguish up to five different signs so you have to pay attention.
If the “Compostelana” is issued to pilgrims going to Santiago de Compostela as a certificate for having finished the Camino, a credential called “Testimonium” also issued on the Via Francigena with the same purpose (minimum requirement: 100 km on foot or 200 km by bicycle) is.

Despite the fact that many pilgrims today are still being driven to start the Via Francigena for the same religious reasons as pilgrims in the past, today their reasons are very varied. Everyone is moved by their personal motivations, but undoubtedly anyone can enjoy the natural surroundings and the many historical monuments that are known around the world and most of which are classified as World Heritage Sites.

The Via Francigena has not only a past full of history and culture but also a beautiful present to discover.

All our tours include accommodations, luggage transfers from town to town, pilgrim passports, walking notes and 24/7 phone assistance. Our itineraries are completely flexible in terms of dates, length and services included. You just have to follow the signs and feel the Via Francigena. Discover your own way! 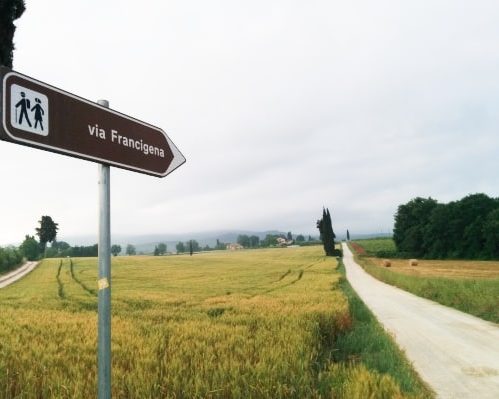 Via Francigena | from Lucca to Siena 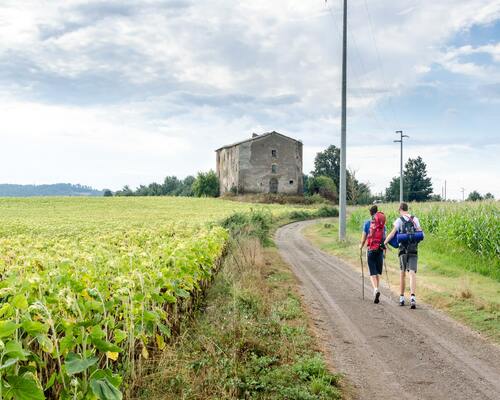 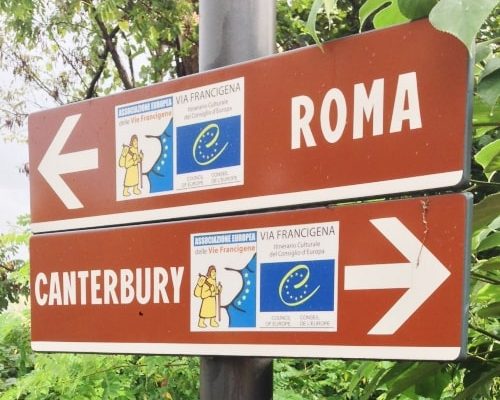 Via Francigena | from Viterbo to Rome 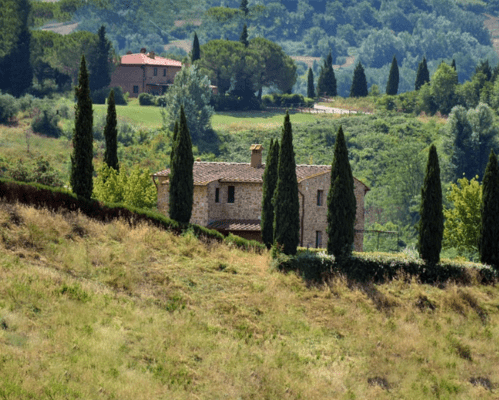 Via Francigena Easy Viterbo to Rome