When we talk about Galicia, we immediately think of the wonderful cliffs of the Costa de la Muerte, the rural landscapes of the interior, the Camino de Santiago, the seafood and the traditions strongly rooted in the territory. However, there is another element that we should not forget: the wines of the Denomination of Origin of this region. Today we discover which are the 5 denominations of origin of this region and which wine tours in Galicia Galiwonders offers you, so that you can taste these excellent wines.

Without a doubt, we have a winner among the varieties grown in the Rías Baixas area, the Albariño! This is a white wine, straw yellow in color, with a fruity flavor and served strictly fresh.  With a high alcohol content and a certain acidity, it is perfect for fish dishes or for the famous seafood of the area. Albariño is the most internationally known variety in Galicia, with 96% of the production of the entire Rías Baixas Denomination of Origin. Exported to more than 60 countries, it finds its main export country in the United States.

Thanks to the location of the Rías Baixas vineyards, which extend from the border with Portugal to Santiago de Compostela, and which have a predominant exposure to the Atlantic coast, a typical characteristic of this variety is its salinity. This low disposition of the vineyards along the rías and the coast, not only allows to obtain an excellent wine, but also offers the possibility to admire unique landscapes, defined by the presence of a particular and exuberant vegetation. 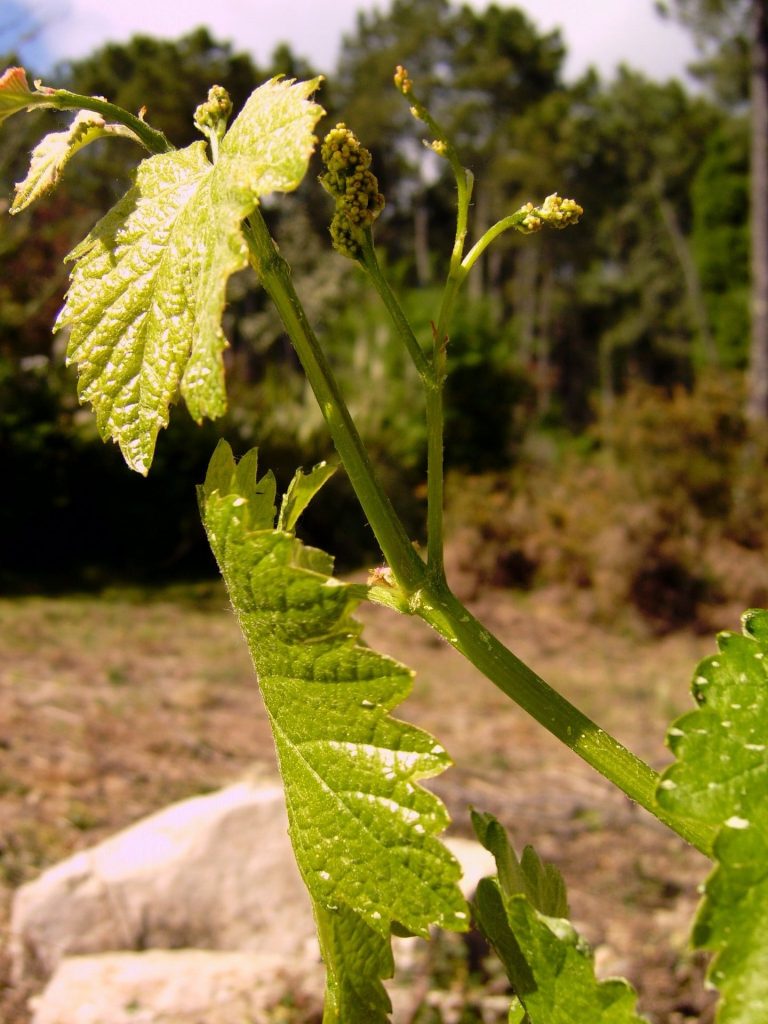 This denomination of origin was recognized in 1988 and has its headquarters in Pontevedra in the Pazo de Mugartegui. Cambados, on the other hand, is known as the Capital of Albariño and every year it celebrates the oldest wine festival in Galicia andthe second most important in Spain, recognized as a National Tourist Festival.

In addition to the Albariño, other varieties are produced such as Loureira, Treixadura or Caño Blanco. The Rías Baixas denomination of origin is divided into 5 specific areas: O Rosal, Condado de Tea, Soutomaior, Ribeira do Ulla and Salnés. Salnés is the main production area because it is here where the largest area of vineyards is concentrated. And it is precisely here, where Galiwonders wants to take you with its wine tourism experiences along the coast from Pontevedra to O Grove, passing through the famous Sanxenxo.

In fact, among our proposals, we offer two-day excursions to visit a winery and taste the delicious local wine. Moreover, yo introduce you to the most touristic area of Galicia, we take you by boat to O Grove with our catamaran itinerary. Not only that, you can also relax with our wellness and spa itinerary or immerse yourself in the gastronomy of a Michelin star with the Gourmet tour of the Rías Baixas.

In short, we offer a wide choice to discover the wonderful landscapes in this part of the Galician coast, in complete relaxation, accompanied, of course, by a good glass of local wine.

Another area of incredible scenic beauty and land of excellent wines is the Ribeira Sacra. A little less known than other tourist areas in Galicia, probably due to its inland location, this hidden paradise will leave you breathless. Its vineyards have adapted perfectly to its difficult geography. This is characterized by steeply sloping hills and, therefore, it presents important complexities when it comes to harvesting and processing the vines. It is enough to think that precisely because of the conformation of the soil and the impossibility of using specific machines for processing the vine, the term heroic viticulture was born. 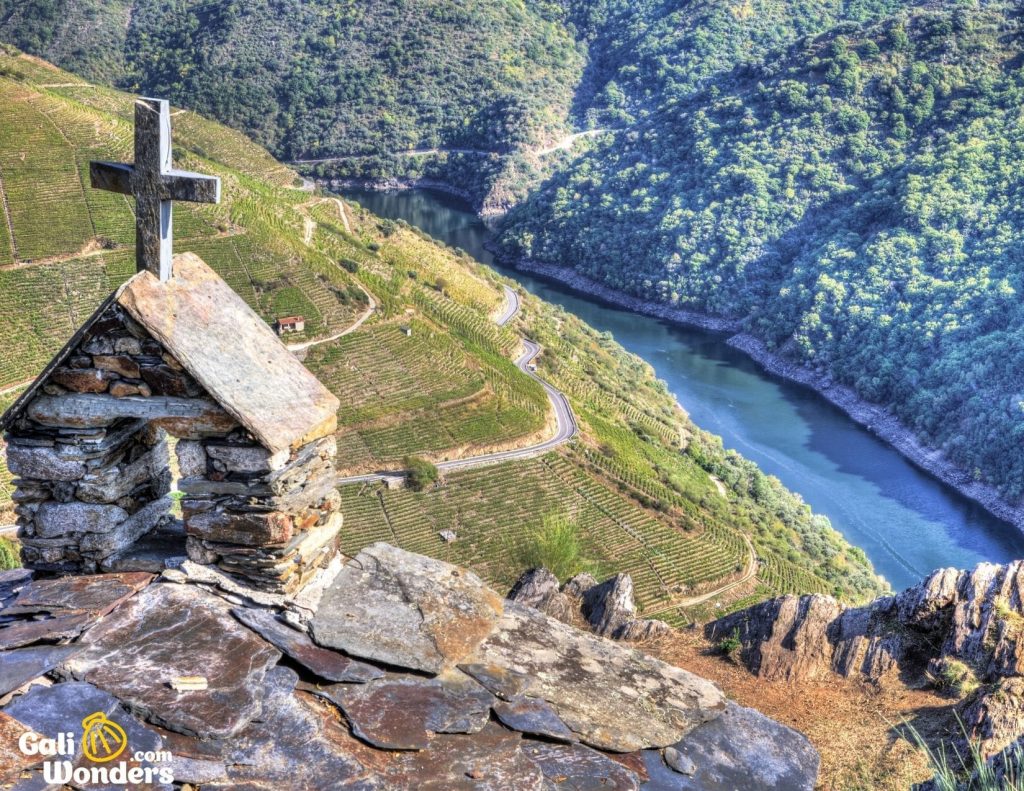 Despite the difficulty of the terrain, the practice of viticulture in this area already began in Roman times. Since then, the tradition continued thanks to the work of the monks who inhabited the many monasteries in the area (hence its name). Its production has now found a new dimension nationally and internationally.

The Ribeira Sacra denomination of origin was authorized in 1996 and is divided into 5 areas in the provinces of Lugo and Ourense: Amandi, Chantada, Quiroga-Bibei, Ribeiras do Miño and Ribeiras do Sil. The most important grape variety in this region is Mencia. The result is a fruity red wine, very aromatic, with an intense violet color and a good capacity for aging.  Besides this variety, among the red ones, which represent 85% of the production of the Ribeira Sacra, we also find the Brancellao, Merenzao, Tempranillo and Sousón; while for the white wines Albariño, Loureira, Treixadura, Godello, Doña blanca and Torrontés.

To allow you to get to know this wonderful area and its wines, we have prepared a specific itinerary in the Ribeira Sacra. You can also choose a catamaran tour and sail along the Sil River, admiring its canyon and entering the heart of the Ribeira Sacra. Finally, if you are looking to combine a gastronomic and wine experience with maximum relaxation, we propose the spa & wellness route in the area of Ourense.

Valdeorras is undoubtedly the most inland Galician appellation of origin, located in the eastern end of the province of Ourense and on the border with Leon. This geographical location contributes to a drier climate than the rest of Galicia. Already present in Roman times, vine cultivation in this region has a strong continuity with the past, still using the ancient technique of elaborating wine underground, in caves dug to maintain an unchanging temperature. The first written reference to Valdeorras wine appeared as early as the 10th century. 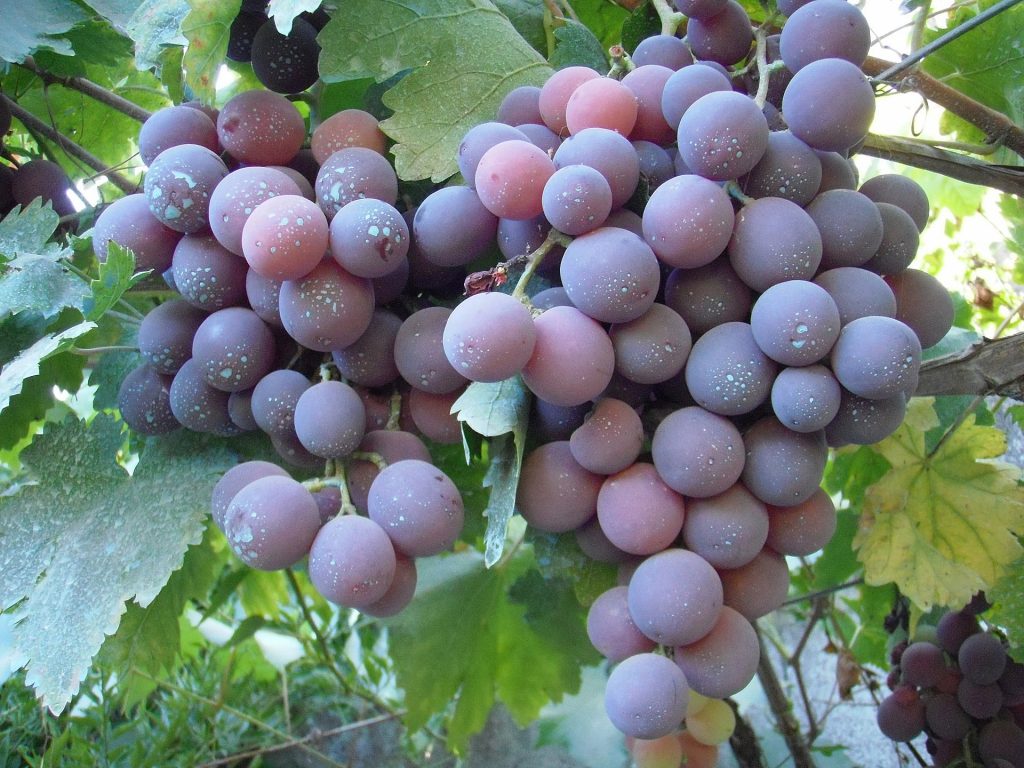 The Valdeorras denomination of origin was recognized in 1945 and is divided into 8 municipalities: In Rúa, Carballeda de Valdeorras, Larouco, O Barco, O Bolo, Petín, Rubiá and Vilamartín. Among the main wine produced in this denomination of origin is made with the Godello variety. This wine has a golden, fruity aroma with a straw yellow color. Also among the white wines, it is worth mentioning two other varieties: the Doña blanca and the Palomino.

Among the red wines, the main ones are the Mencía and Sousón, which are purple, fruity and have an intense aftertaste. However, there are also smaller varieties such as: Brancellao, Merenzao, Negreda, Garnacha tintorera, Alicante, Tempranillo and Grao Negro.

Another famous Galician wine, whose origins date back to the 2nd century B.C., is the Ribeiro Denomination of Origin wine. Think that the Ribeiro was the first western wine to arrive in America with Cristoforo Colombo! Already in the 9th century it was served at the banquets of the nobility and was for centuries the main wine of the Christian kingdoms. Furthermore, its trade in Europe began in the 14th and 16th centuries. Therefore, it is not a coincidence that this is one of the oldest denominations in Galicia, created in 1932 and based in Ribadavia.

85% of the production is white wine, among which we find numerous varieties of grapes such as Treixadura, Loureira, Torrontés, Albariño, Albilla, Godello, Macabeo and Palomino, while among the red varieties are Caño, Ferrón, Sousón, Brancellao, Mencía, Garnacha and Tempranillo. The white wine is characterized by its pale yellow color, with shades of light green. It is a fruity wine with floral touches.

The region of O Ribeiro is located in the area where the rivers Miño, Avia, Arnoia and Barbantiño meet, in the province of Ourense.

Finally, we conclude with the smallest and most recent designation of origin in Galicia, Monterrei, created in 1996. However, this wine was already produced in the past and it also reached America during the reign of Philip II (16th century).

Located in the southeast of Ourense, its climate is one of the driest in Galicia, on the border with Portugal. The symbol of these lands is the Castle of Monterrei, which due to its border position, was a place of power struggles for centuries. It is divided into four municipalities:  Monterrei, Oímbra, Verín and Castrelo do Val.

70% of its wines are light, aromatic and straw yellow in color, produced with the following varieties: Godello, Treixadura and Dona Branca. In the case of the red wines, it is necessary to mention the following varieties: Mencía, Merenzao, Bastardo and Tempranillo. The color of these red wines is a cherry red, very bright with darker reflections. There are intense aromas reminiscent of forest fruits, harmonious and fresh. A wine that, despite the reduced production and size of its denomination, is growing among the favorites of Galicians, showing great potential.

In continuation we will see an image with the different extensions of each denomination of origin, with the quantities of grapes and liters of wine produced.

If you are interested in any of these wine tours in Galicia and want to know more about the denomination of origin wines, do not hesitate in contacting us. We will be happy to help you with the perfect experience.