In the last few years, we have seen a new tourist trend grow both nationally and internationally; the walking holidays. We have already analyzed, in several articles, the Way of Saint James and its routes. Today we want to know more about another pilgrimage route: the Via Francigena. Let’s see what it is, when it arose and what are the reasons for its growth today.

What is the Via Francigena?

The Via Francigena is a route that begins in Canterbury and crosses 4 countries (United Kingdom, France, Switzerland and Italy) before ending in Rome. It is about 2000 km long. It is also known as the route of the Franks. This itinerary is a wonderful opportunity to meet many people, visit beautiful places and learn about the history of each country, in a deeper way.

This pilgrimage is less known than other more popular ones (such as the Way of Saint James), but it has an enormous historical and traditional value. It is very interesting to see the different meanings that this route has had over the centuries. Over the years, it was not only used by pilgrims. In fact, many merchants and military used this route as well.

For modern pilgrims, the Via Francigena is a unique experience that will allow to discover incredible sites, but also for self-awareness and a deeper contact with the nature.

The history of the Via Francigena

Let’s see now when the Via Francigena began and how it did develop over the centuries. Perhaps not everyone knows that although Italy has a long history, it is actually a very young country, whose borders are quite recent. It has always been a place of continuous struggle because many people wanted to establish their control over these lands. Such a fragmented country, needed routes that would facilitate connections, not only in political-military terms, but also for its commercial transactions.

Although with another name, the Via Francigena finds its origins in the seventh century, due to the controversies between the Longobards and the Byzantines. It was back then when they understood the need to create a route linking the Kingdom of Pavia in the North, in the hands of the Longobards, with the lands further South.

The route was originally called “Via de Monte Bardone” because of the Mons Langobardorum (today Cisa) which was the mountain that had to be crossed. The path then followed through the Magra valley and it was going to the city of Lucca. After crossing the Arno river, it continued through the valley of its tributary, the Elsa river, to reach Siena. There, a simple route through the valleys of Arbia and Orcia allowed travelers to join the ancient Via Cassia, that eventually would led to Rome.

The first information concerning this pilgrimage dates back to the 9th century, describing part of the route in the area of Chiusi, in the province of Siena. The term “Via Francigena” was first reported in 876, on a parchment (Actum Clusio), preserved in the Abbey of San Salvatore on Monte Amiata.

The Francigena Way: evolution of the road under the Carolingian empire

Due to the change of supremacy from the Longobards to the Francs, they also changed the name of the route we know today as Via Francigena. This route was also called “Road belonging to the French” or “Road that departs from France” territory that included the actual France, the Reno valley and the Netherlands.

It was precisely with Charlemagne when the Via Francigena began to receive a greater and more regular traffic, between North and South of Europe. Thanks to the Carolingian administration, its conditions were greatly improved, allowing a huge number of people to pass through, including merchants and pilgrims. The practice of pilgrimages became more and more popular and the preferred religious destinations were, in addition to Jerusalem, Santiago de Compostela and Rome. 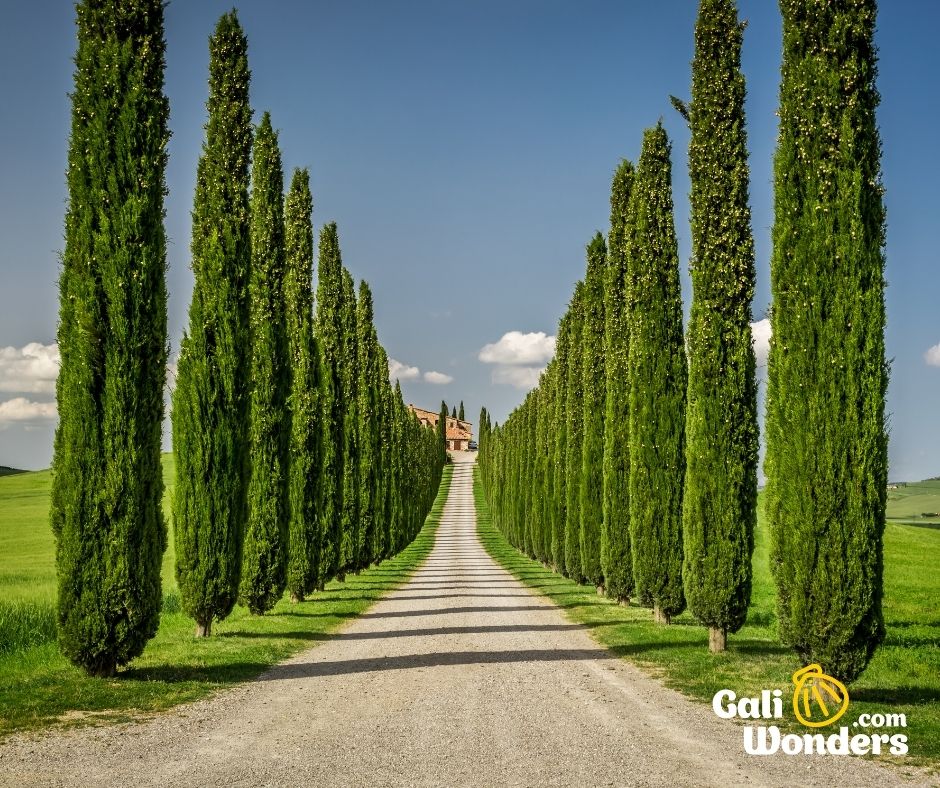 Sigeric and the Via Francigena in the X century

However, for the Via Francigena to become so well known, it was necessary to wait a little longer. Precisely until 990 when the same abbot Sigerico called the “Serious”, was ordained by Pope John XV Archbishop of Canterbury. Pilgrims from all over the world considered the Francigena pilgrimage as a reference ever since.

After being nominated Archbishop of Canterbury in 991, Sigerico returned home, from Rome, and wrote down all the accommodations and places where he had stopped. This manuscript, now preserved in the British Museum in London, reports in detail on his journey back to Canterbury and the 80 houses where he was able to stay overnight.

In a way, we could consider him as the first travel influencer in history. Thanks to his book, we were able to understand many of the architectural and historical features along the route. In fact, many consider his work to be the most accredited of the Via Francigena’s itinerary. Nowadays, most people want to do the route from Canterbury to Rome (or, rather, only a part of that route due to the length of the itinerary).

The difficulties of the Via Francigena in the past

Obviously, when we talk about the paths at that time, it had little to do with modern routes as we know them. In fact, in many cases, the route could vary according to environmental conditions and different seasons. That’s why, the many pilgrims who managed to complete this route at that time, deserve all our respect! Not only for the long distance they managed to walk but also for the conditions in which they were doing it. Without adequate clothing, they crossed imposing obstacles such as the pass that connects Switzerland and Italy, called Great St Bernard Pass (at an altitude of 2,473 m).

During the thirteenth century the Via Francigena, becoming more and more the strategic point of connection for products coming from the East, underwent some modifications. Due to the growth of its commercial role, other alternative routes were added, mainly to include a more direct connection between Florence and Bologna with Rome. The route called “the royal road of Rome” (Bologna-Florence-Siena-Rome) was born and it began to be considered the main route to be used until today.

What does the Via Francigena mean in modern times?

If we are looking for the meaning of the Via Francigena today, we have to talk about the anthropologist Giovanni Caselli. Researching this itinerary since 1985, Caselli, walked the route that connected the 4 countries: England, France, Switzerland and Italy and reconstructed the complete map. Caselli did a real field research, following the same steps of Sigerico, almost 1000 years later with the help of the technicians of the Italian Military Geographic Institute. His book entitled: “Via Romea, cammino di Dio” (Route of Romea, Way of God) was the first modern guide to the Via Francigena. 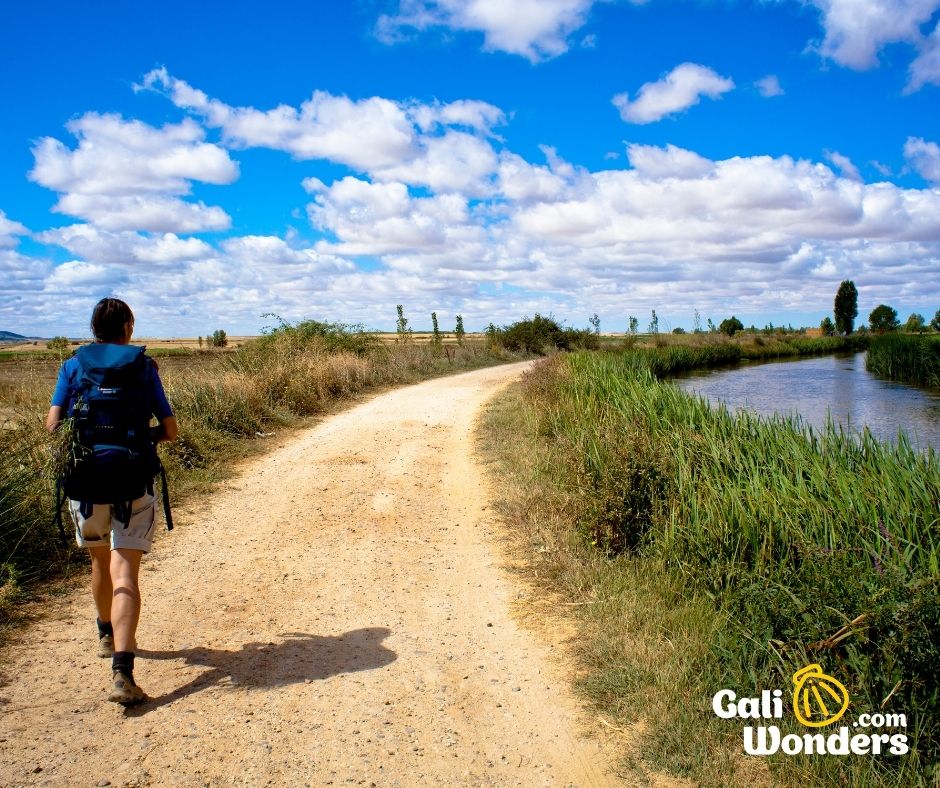 In 1994, this route was recognized by the Council of Europe as a “European Cultural Itinerary”.

As for the Camino de Santiago, also this itinerary allows you to receive a certificate at the end of the walk. This certificate is called “Testimonium” and can be given if you show the pilgrim passport correctly stamped after at least 100 km by foot and 200 km by bike along the Via Francigena.

After it was recognized European Cultural Itinerary, the Via Francigena continue to grow and many people started to work on its maintenance to make it easier and more comfortable to walk. The importance of this kind of tourism is growing in Italy in the recent years. Therefore, this is the reason why there are more events related to the Via Francigena. Each region, where this way go through, is improving their services to the pilgrims even if this is still far from what we can find along the Way of Saint James, especially if we talk about the markers on the path.

That’s why we suggest you to book your accommodation along the Via Francigena in advance, getting all the information and maps about the way and avoiding any issues once you are there.

New motivations for modern pilgrims along the Via Francigena

Although the itinerary is the same as it was more than 1000 years ago, the reasons for traveling the Via Francigena today, have changed. A strong connection can be found with new movements such as the Slow Tourism and the increase in the number of pilgrims in different countries. Modern pilgrims, who choose to travel this way, may be looking for mystical or religious answers, but in large part they have other motivations.

For example, to visit historical sites that normally cannot be enjoyed because of the mass tourism. To meet people with whom they can share the same values. To practice a physical activity whose enormous benefits have been demonstrated. Immerse themselves in a unique dimension of peace, away from the stress of daily routine. To be in contact with nature. Getting to know the local people, their culture and traditions. And many more factors that are at the base of this constantly growing trend.

If you also want to know more about the Via Francigena and walk a stretch of this beautiful itinerary, do not hesitate to contact us. At Galiwonders, we will take care of all the logistical aspects and you will be able to enjoy this itinerary in complete peace of mind.