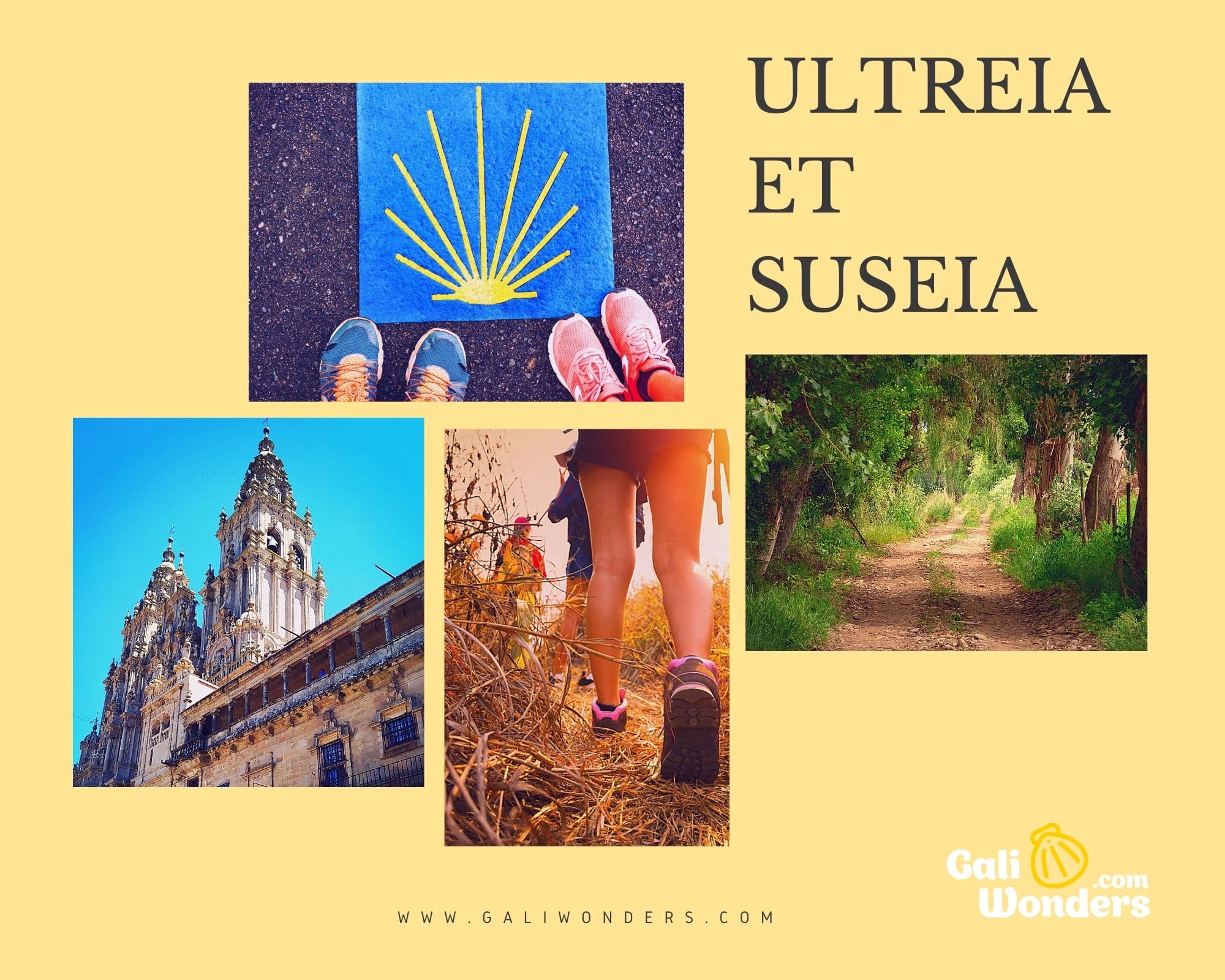 Ultreia et Suseia, is a message in Latin still present in the Way of Saint James. Among the pilgrims who walk one of the various Xacobean routes we can hear two greetings. The most common is undoubtedly “Buen Camino” (Good Way), which is a wish for other pilgrims to live a good journey. Foreigners also learn this greeting very quickly. The other, less known, is Ultreia et Suseia. In this post from Galiwonders, we will explain the meaning of this term.

What do the words Ultreia and Suseia mean?

First of all, we must keep in mind that on the Way there is a strong sense of unity and solidarity among the pilgrims. It is important to know that we can communicate a universal message that overcomes language barriers. This allows the pilgrims to strengthen the spirit of brotherhood that they breathe on the journey and to feel part of a community.

This message, less common today, Ultreia or Ultreya, is of Latin origin and is a word composed of ultra – beyond and eia – interaction used to indicate movement. These words represent a true message of encouragement and they want to mean to move forward, an incitement to continue to the end. Literally the translation would be: “Go further, hurry up, move on,” but we can translate it as: “Go on, walk until the end of the way, you can do it!

Sometimes you can find the Latin phrase “Ultreia et Suseia“.

This was a kind of basic conversation between pilgrims who crossed paths in the past. When one greeted with “Ultreia”, the other answered “et Suseia”. This second Latin word means “higher, up”.

Some people believe that this greeting would indicate that the pilgrims expected to meet again later, beyond, at the end of their journey, that is, at the door of the Cathedral of Santiago. However, if that was not possible, the wish was to catch up again, higher up, in other words, in heaven.

There are hypotheses that say that among the medieval pilgrims this word was used with the same meaning as “Hallelujah” on their arrival at the Cathedral of Santiago de Compostela.

Where do the words Ultreia et Suseia come from?

These terms are already mentioned in the Codex Calixtinus (the first guide to the Camino de Santiago dating back to the 12th century) and can be found in the lyrics of a song, called Ultreia, in honor of the pilgrims on their way to Santiago.

Similarly, we can find these terms in chapter XXVI of the Book of Liturgies:

We remind you that in 2021, it will take place the next Xacobean Holy Year. This will be a unique event for all the pilgrims who want to undertake this journey to Santiago de Compostela. Don’t wait too long and book your itinerary along one of the routes to Santiago. In this way we will be able to assure you the best accommodation.

If you want to know our 20 reasons to do the Camino during the Holy Year, don’t miss this post!
Do not hesitate to contact us to find out more and receive your tailor-made itinerary of the Way of Saint James. At Galiwonders we will be happy to help you create an incredible experience.