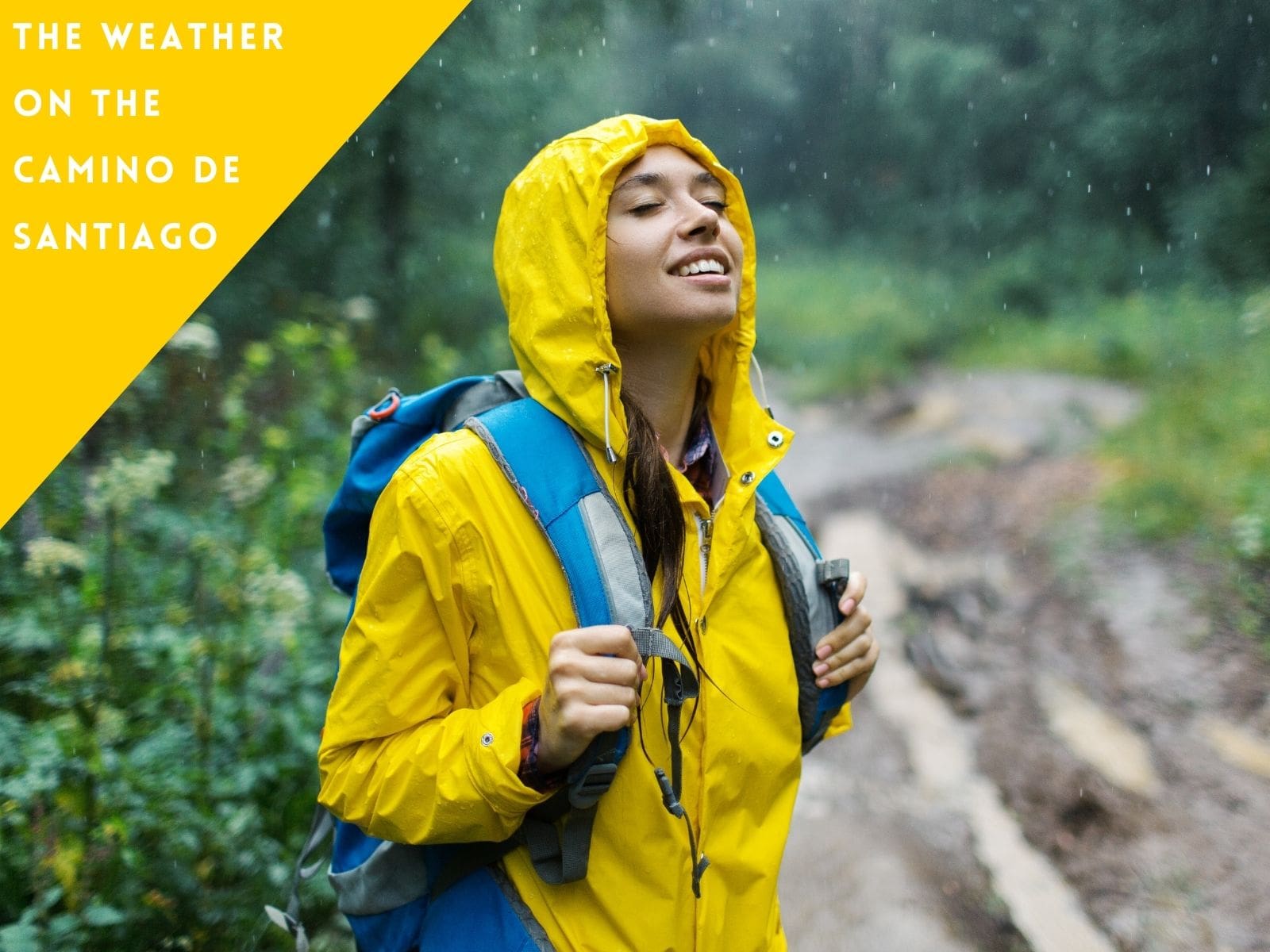 Many different paths lead to Santiago de Compostela, passing through different regions, towns… depending on which one you choose, and when you decide to walk it, the landscape, the weather, and even the food, can be very different! Let’s see in this post what kind of weather and climate you could expect on your camino de Santiago. If you are interested in other routes, you can also find some information about the best time to walk the Via Francigena.

Weather on the Camino de Santiago

The Camino de Santiago consists of many different routes but most of them are in the north of Spain and this means that the weather is pretty much the same. However, the weather conditions always depend on the season you choose to walk the Way. In fact, even if winters are not too hard, we can find some exception in particular places, like in O Cebreiro, (which can’t be crossed in the colder months for the snow) on the French Way. In general, Spain is known for its good weather and pilgrims can count with many hours of sun during the year.

Usually, in the north of the Peninsula, winters present moderate rains and summers are not excessively warm. However, walking after 12 p.m. in summer can be quite a challenge in some stretches of the camino, so it is advisable to do most of the hike in the morning. Furthermore, in case you want to walk the southern caminos, such the Via de la Plata, things will be completely different as we will see later. Summer can be extremely hot, so it is not a good idea to walk the Silver Way between July and August. 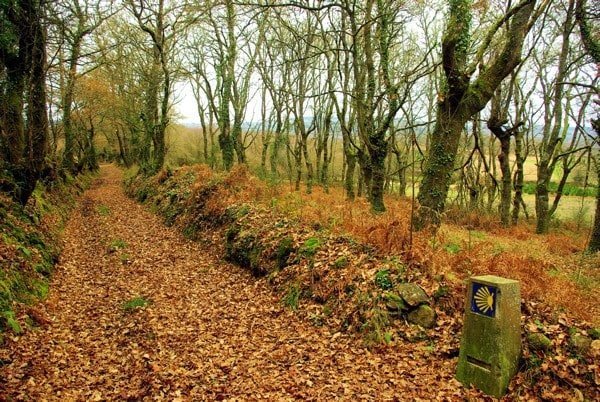 The best moment to walk the Camino de Santiago

Unfortunately, it is quite difficult to predict with certainty what temperatures you can find along the Way, especially after the unexpected climate changes that we have seen in these last years. However, we could say that the temperatures start to increase from the end of April and weather conditions get better, until the second half of September. In spring you could find some good temperatures but also some more frequent rains, so it could be more risky to choose this period of the year for undertaking the camino.

Most of the Spanish pilgrims enjoy their holidays between June and August. That is why, these months tends to be those with the greatest wave of national pilgrims, school groups and so on. Especially in routes very popular like the French Way. September is also a popular month, more for international walkers, who tend to prefer softer months in terms of temperature to enjoy the walk.

When we are asked, we suggest to walk the Camino in two periods which are: between beginning of May/end of June and September/October. We suggest these options also for the accommodation that pilgrims could get. In fact, if in summer it can be hard to find accommodation for the high number of pilgrims, in winter and at the beginning of spring, most of the hotels and services are closed so it might find very difficult to find a place for the night.

Below you can find the average temperatures in the different seasons in the north of Spain. Please consider that there are years where extreme temperatures can be experienced.

Statistically we can see that in summer and early autumn there are less possibilities of rain along the French Way. However, we always have to take into account that at any moment we might be able to encounter a summer storm. In spring there is a great possibility of having rain every day. For this reason we always recommend to bring a raincoat and waterproof clothes and shoes for the Camino. In this particular route, the temperature will vary depending on the season in which we decide to walk, since it can go from 35° in summer to 0° in winter. The most recommended months if you want to avoid the rain, and enjoy soft temperatures, are May, June or September.

Being closer to the coast, the Northern Way allows pleasant and fresh climates. In spring and autumn rain is inevitable. It is considered a fairly thin rain but it can become your worst enemy. As for the temperature we can find it between 25° – 30° in summer and between 7° – 14° in winter, which is why the ideal months for this route are June and July with less probabilities of rain.

It is one of the most mountainous caminos and that is why it gives specific characteristics in its climate as it becomes rough and more if you want to do it in winter. On the Primitive Way rain will be guaranteed in the spring season and autumn, while there will be hot temperatures during summers. Since this is one the less busy caminos, you can enjoy a quiet route even in the warmest seasons.

As we mentioned above about the Northern Way, also the Portuguese Coastal Way gets influenced by the ocean. In this case walking in warmer periods of the year allows you to stop for a bath along the route and refresh after the walk. Careful with the temperature of the sea though, this is not the Mediterranean sea! 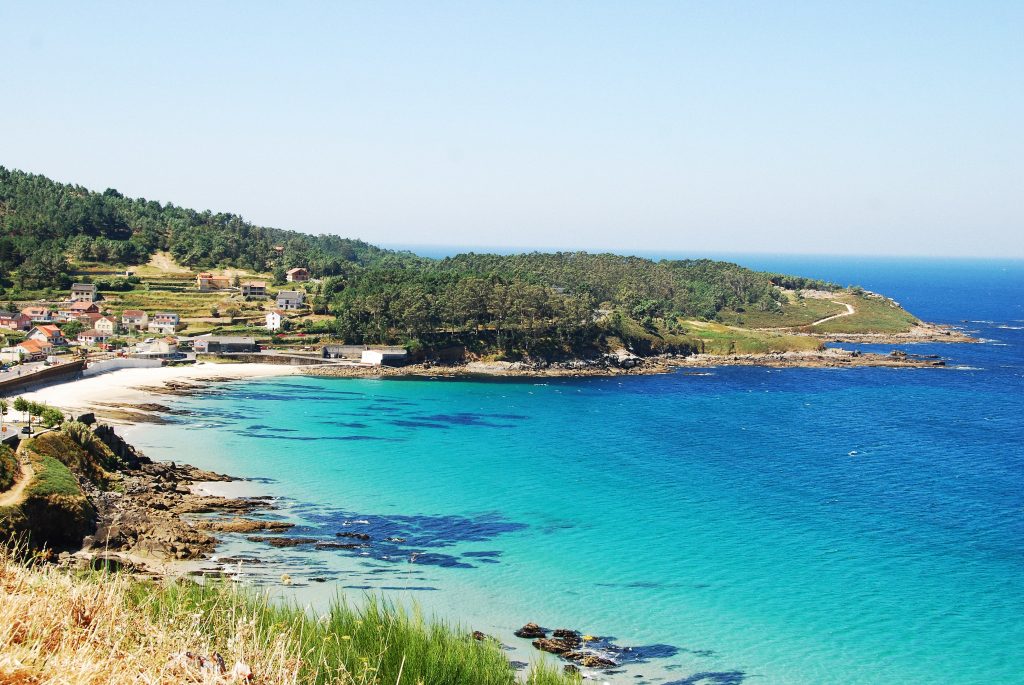 The Via de la Plata

If you choose to walk the Via de la Plata, we strongly suggest you to avoid summer months in some regions like Andalucía and Extremadura since this is the hottest part of Spain and you can reach more than 40º in cities like Sevilla.

What is the weather like in the city of Santiago de Compostela?

In general, we can say that the weather in Galicia region, the community where all the last 100 km of the routes to Santiago de Compostela end, is quite unpredictable. You should expect any possible weather because the forecast changes continuously for the geographical location of this region. Although this shouldn’t be a problem, since it’s part of the adventure! Actually, for some pilgrims having some cloudy and slightly rainy days can be consider a real gift because this cool down the temperatures during their hike. If you decide to walk the Way of Saint James, just come with the correct clothes and you will enjoy the Camino whatever weathers you might find.

Are you planning to walk a different route and you would like more information about the weather? Contact us and a member of Galiwonders will get back to you with some useful information.