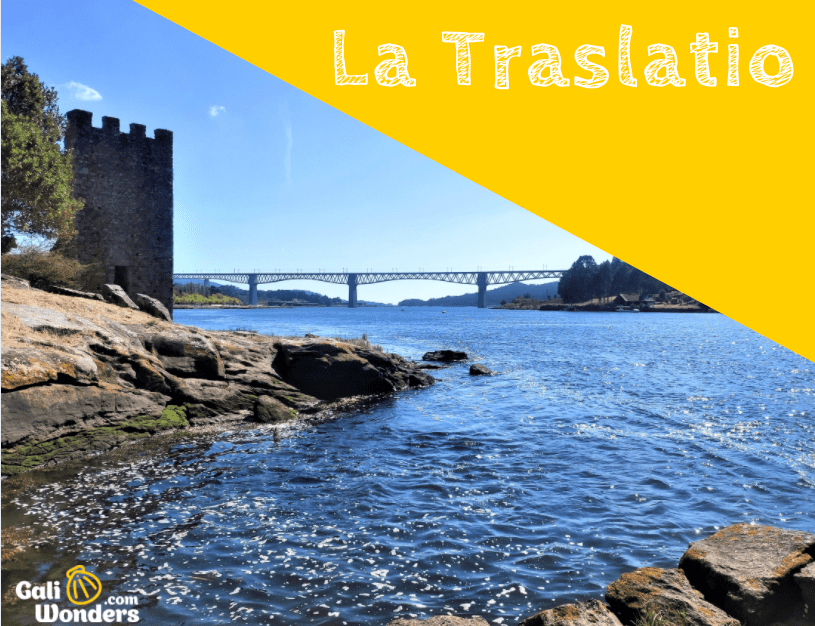 Let’s talk about the Traslatio (or Translation) of the Camino de Santiago. This term refers to one of the stretches of the Spiritual Variant of the Portuguese Way, the one that is done by boat. It is still a less known route, but it quite interesting because of all its peculiarities. We’ll find out some of them!

The Traslatio is the maritime path of the Spiritual Variant of the Portuguese Way. Normally, the last walking days of the Portuguese Way pass through the inner side of Galicia region: Pontevedra, Caldas de Reis, Padrón and Santiago de Compostela. However, there is an alternative route from Pontevedra onwards, that deviates from this traditional path, that passes through: Pontevedra, Armenteira, Vilanova de Arousa, Padrón and Santiago de Compostela.

One of this stages, the one from Vilanova de Arousa to Padrón, can be done by boat. And this boat trip is called the Traslatio (or Translatio). It emulates the journey followed by the remains of Saint James the Apostle, from Jerusalem to Galicia region. According to the legend, his remains arrived in Padrón, transported by a boat made of stone (the word “stone” in Spanish can be translated by “pedrón”, that’s how the name of the village “Padrón” was born). 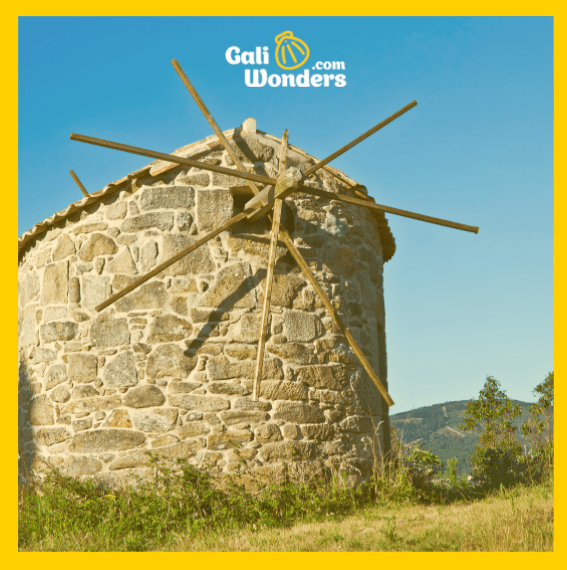 In fact, the actual boat tour finishes in Pontecesures (around 3km before arriving in Padrón), so this stage can be finished on foot. There are some pilgrims who decide to continue to Santiago de Compostela this same day and finish their Camino, those who decide to stop in Pontecesures, Padrón, A Escraviture… or any other spot on the way, before reaching Santiago de Compostela. Let’s learn a bit more about all the possibilities.

Informative Pills about the Traslatio

To learn a bit more about all the details of the Traslation, we have interviewed Olga, who is the representative of La Barca del Peregrino (the Pilgrim’s Boat), the shipping company that covers the route from Vilanova de Arousa to Pontecesures. 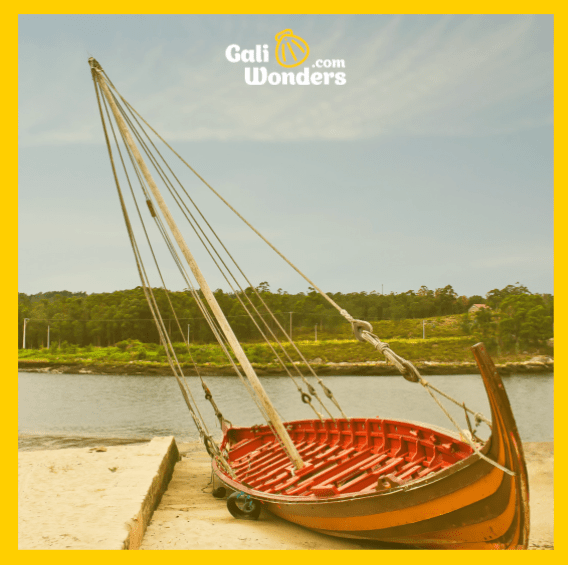 How has evolved the number of pilgrims doing the Spiritual Variant over the past few years?

There has been quite an increase on the number of pilgrims walking this route over the past few years. The Spiritual Variant is becoming more and more popular, which has allowed us to offer regular departures to cover the Traslatio. We organize boat tours every day, from Easter to November, which has also encourage pilgrims to do this route. Last year (2019), 82% of the pilgrims where international: Italy, United Kingdom, Portugal and Germany are the most popular countries.

How long does it take the Traslatio?

The boat trip takes around 1 hour and 20 minutes (sometimes 1 hour and 30 minutes). During the tour, we stop at least four times, to show pilgrims some of the highlights of the tour: the “bateas” (the Galician constructions to harvest the mussels), Cortegada Island, the remains of the West Towers (Torres del Oeste), and the crossings. This is the most popular asset of this route, as pilgrims will be able to see the only Via Cruzis  on a river, 17 crossings in total (we can see 12 of them). The most popular one is known as the Calvary (calvario) and it’s composed by 3 crosses, honoring the Apostle and his disciples.

It’s an amazing route, and we offer at least one departure per day (even three during high season). 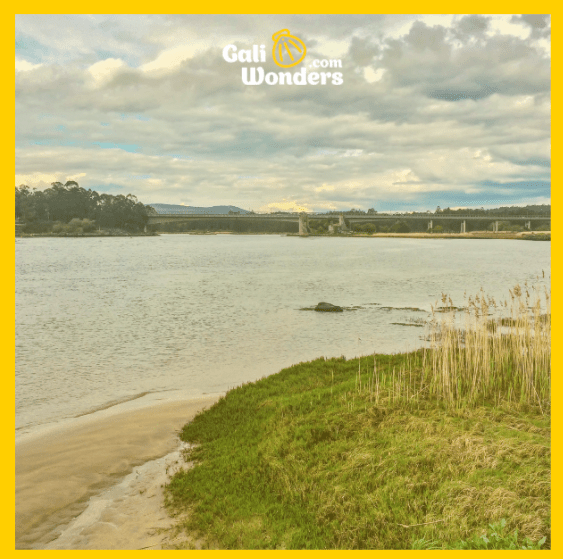 How far in advance do you recommend to book the tickets for the Traslatio?

We recommend to book this as soon as possible. Normally, the first departure is complete before the day, but usually this is not really an issue.

The schedule depends on the sea tides, how far in advance is it possible to know this?

One year prior departure, we get the expected schedule, so it’s possible to book far in advance.

On your website you offer different route, which one is the most popular one among pilgrims?

The most popular route is the Traslatio, that is the one from Vilanova de Arousa to Pontecesures (Padrón). But there’s a slight increase in the number of pilgrims requesting the opposite route, the one from Pontecesures back to Vilanova de Arousa. Sometimes, when pilgrims have enough time to do so, they request alternative routes to visit the islands, the bateas, etc. But it’s still something to promote. 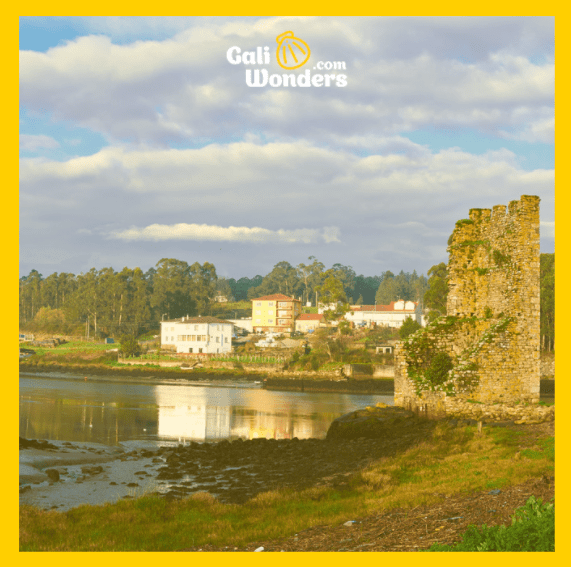 The day of the Traslatio, do pilgrims continue their walk, or they just enjoy the boat trip?

Normally pilgrims depart in the morning. Most of them walk a bit, and there are those who continue all the way to Santiago de Compostela.

What stands out about this route?

Everything, pilgrims fall in love. This route reunites the sea (the Estuary of Arousa, or Ría de Arousa) and the river (Ulla River). And we’ll discover unique views, that wonder all travelers (particularly international pilgrims). We explain them all the details of process to harvest the mussels, the history of the West Towes and the replica of Drakkar de Viking, etc. We always highlight the crossings, as this is unique and provide history and mystery. Sometimes we find dolphins along the way, and this really amazes all passengers.

We encourage all pilgrims to choose this route, as it combines both beauty and history.

The Traslatio is just for pilgrims, or are there other tourists on board?

We receive more and more calls from other tourists, and even people from the area, to ask about the Traslatio. However, most of our clients are pilgrims. It is also possible to do this Camino with bikes and pets, as both are allowed on board. 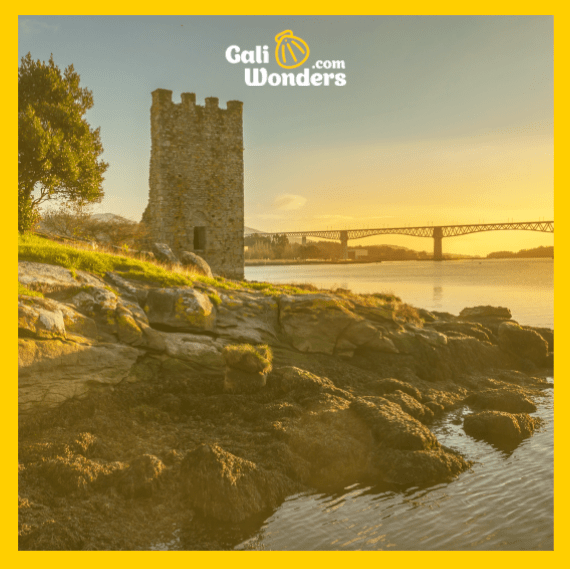 Do pilgrims usually know the history of the Traslatio, before doing the route?

Any anecdote related to the Spiritual Variant?

We have been operating for 8 years, as such, there are lots of anecdotes. The last one? A couple of days ago. While on the boat, we had to slow down (and almost stop) because we saw a big wild board swimming very close to the boat. He was probably heading to Cortegada island. We were stunned! It is possible to see the video on our Instagram.

For more information about the Traslatio, the Spiritual Variant of the Portuguese Way, or any other Camino de Santiago route, please do not hesitate to contact us. We will send you a tailor-made itinerary, so you can enjoy all the magic of the Camino.