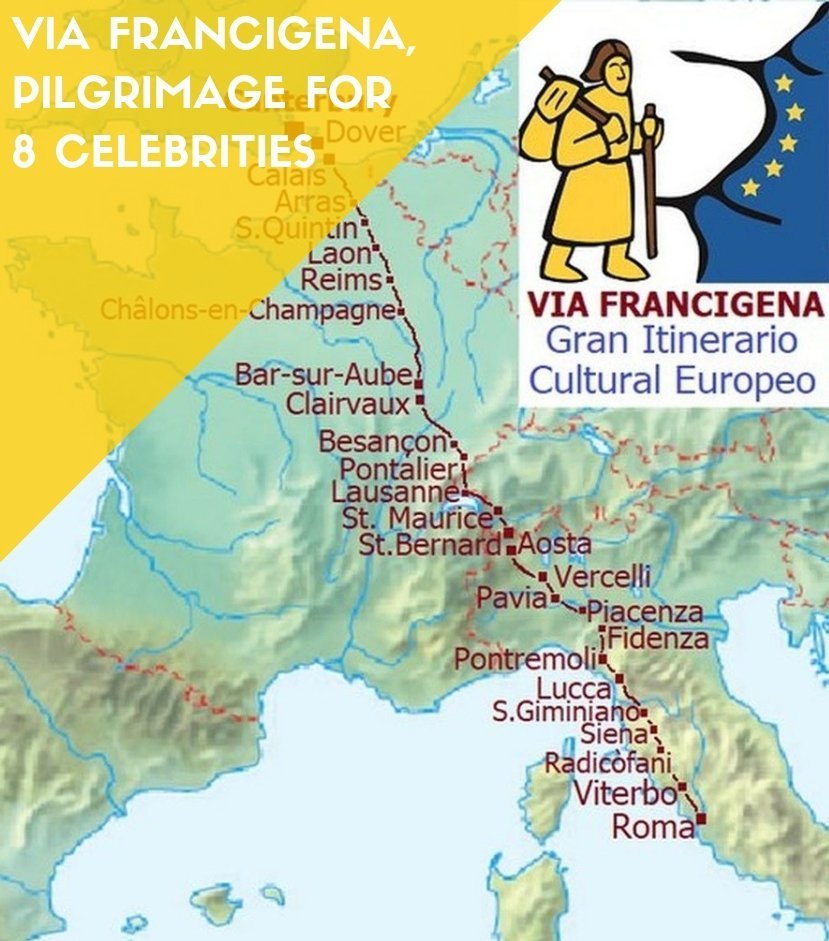 8 celebrities, with different motivations and religious orientation, traverse together the Via Francigena.

An amazing example to see how the pilgrimage routes can be the perfect trail to establish a link of peace and humanity all over the world.

During two weeks, beautiful landscapes and great adventures direct them to Rome, after running one thousand kms across the belle Italy.

Pilgrimage to Rome: the Via Francigena for 8 british famous personalities 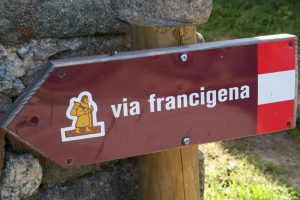 Last Friday, 5th April, at 9 pm on BBC Two, they transmitted the 1st Episode of the Via Francigena Pilgrimage to Rome. The entire experience can be followed on the British channel in different episodes.

Differences in the group

All coming from different spiritual and cultural backgrounds, they represent what the pilgrimage means nowadays. Far from being exclusively a religious experience, this route is becoming more and more popular.

Mainly, this experience gives people the opportunity to think about themselves while spending time in the nature. It is up to each individual to decide if doing so with the company of others or alone.

Each one gives his/ her own meaning to this journey, no matter the faith they might or not have.

As for many other groups of pilgrims, also this group was characterized by an interesting mix of beliefs.

These included: a jewish, an atheist, a Jehovah’s witness, a catholic and a Muslim.

Nonetheless, they didn’t had any problem related to this. On the contrary they established a strong relationship among each other.

These 8 well-known personalities started their trip in the Alps, just before the Swiss-Italian border. 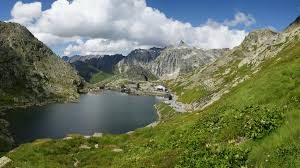 Due to its altitude of 2473 meters, the Great St Bernard Pass stands out for many reasons.

Except for winter, when the pass is covered by almost 15 meters of snow, people cross here the Alps since centuries.

The Great St Bernard Pass, has been known since  the Roman times in the 1st century. Later, in Medieval times was also traveled and reached its busiest moment in the XI century with the pilgrims.

Even though the Via Francigena originally starts in Canterbury, goes through France and Switzerland to continue in Italy, our 8 celebrities “only” had to complete the italian part of the walk for a total of 1000 km.

In order to complete the journey, they only had 15 days .

They arrived in Martigny (Swiss- Italian border) and caught a mountain train until Orsieres.

From there they started to descend Italy, direction Rome.

Therefore, they cross many beautiful cities as Lucca and Siena in Tuscany. Moreover, in the same region they could get some rest in the thermal pool of the Parco dei Molini. 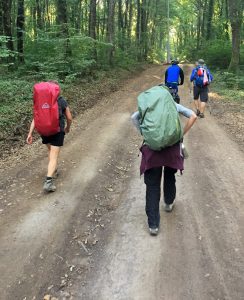 With an average of about 28 km per day, they admitted to have found some difficulties.

In the first place, they had to sleep in basic hostels in shared dorms, which caused some times a lack of proper sleep.

Secondly, some of them never used a sleeping bag before!

Also, they felt what most of pilgrims experiment during their walks.

In other words, the feeling of being sweaty, dirty and that couldn’t manage to clean properly along the way. On top of that, someone got blisters and sometimes couldn’t eat properly or enough. For instance, the muslim Mehreen Baig, had several problems to find halal meat or fish options.

Quite a problem, if considering the physical effort one has to make during such a journey.

Achievement of the walk 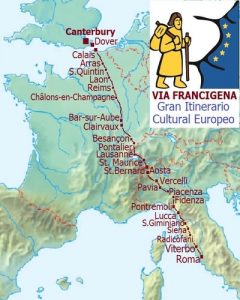 Among the positive things they declared to have experience within this journey some where particularly interesting.

For example, they declared that they had the chance to talk about religion and spirituality. Also, they affirmed that they could investigate and understand more about what they wanted in their life. Simply, far from the daily routine and commitments they could observe their own thoughts from a more external point of view and achieve something important.

If you are interested in following the example of these celebrities and find your own achievement, contact us for receiving a tailor- made offer.