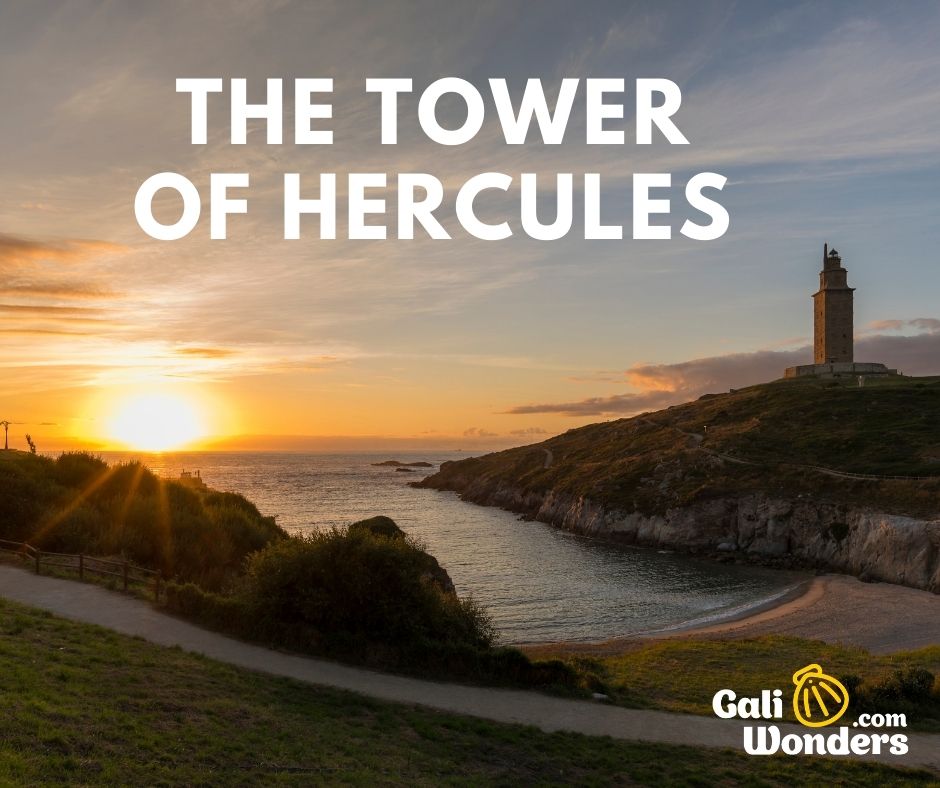 The Tower of Hercules, called the Brigantia Lighthouse until the 20th century (after the old name of La Coruña, Brigantium), was declared a World Heritage Site by UNESCO in 2009. You can visit this monument on your route along the English Way. In this post we will discover more about this spectacular lighthouse that is located in the city of La Coruña.

Remember that at Galiwonders, we can also organize a transfer from the city of Santiago de Compostela to La Coruña for a one-day excursion at the end of any route you have chosen.

History of the Tower of Hercules

Although its origin is unknown, we know that the Romans rebuilt it in the first century, between the reigns of Nero and Vespasian. In fact, not only is it the only Roman working lighthouse in in the world, but it is also the oldest and third highest in Spain. This tower was used as a navigation lighthouse to guide the ships that bordered the westernmost end of the Empire. Today it has a height of 55 meters while the original Roman building was 34.3 meters high. The remaining 21 meters were added during the restoration works in the 18th century.

Its maritime use, was abandoned in the Middle Ages, according to the hypothesis of the experts, becoming a fortification. The Tower was restored and rebuilt several times. In 1682, commissioned by the Duke of Uceda. Later, during the reign of Charles III, a complete reconstruction was carried out and also in 1791, they rebuilt it with its neoclassical reform. This last remodeling was the one that gave origin to the façade that we can admire nowadays.

A sacred space of worship

The land on which the Tower of Hercules was built was not chosen at random, quite the contrary. In fact, these lands corresponded to a sacred place that represented a space of worship or sanctuary. In fact, among the Celts it was not unusual to find places consecrated to the divinities in coastal areas. Right in front of Punta Eiras, where the lighthouse was built, there are three rocks in the sea known as Buey, Vaca and Becerro, toponyms related to the world of the dead and the afterlife.

Nowadays, the urban center of A Coruña expanded so much that its distance from the Tower of Hercules, has been completely reduced. Today, the tower is considered an integral part of the city. Luckily, this area is a protected zone and it occupies a green area, free of buildings.

The sculpture park of the Tower of Hercules

The Sculpture Park of the Tower of Hercules in A Coruña is located on the peninsula around the Tower and occupies 47 hectares at the edge of the sea, in the area of Punta Herminia, O Acoroado and the Cabal de Pradeira. In this space you will find sculptural works from 19 projects, which refer to three different themes linked to the Tower: the legends related to the classical hero Hercules, to the Celtic king Breogán and also the references to the world of the sea and navigation, strongly linked to the Galician people.

In this place you will also be able to walk different circular routes like the Tower Route (1 km), the Punta Herminia Route (2 km) and the Menhires Route (4 km). These paths will allow you to enjoy this unique site in an environment of extraordinary beauty.

The legends around the Tower of Hercules

From its name, we can guess that the most popular legend of all, is the one related to this Greek hero. Created by King Alfonso X the Wise (1252-1284) in his Estoria de Espanna, this legend celebrates the victory of Hercules over the giant Geryon. To obtain the liberation of the people who were subjected to the power of the giant, Hercules would have cut off the head of Geryon and then buried it near the sea.

Here, he would have then build a tower to commemorate the event. This tower would serve to guide the navigators with its inextinguishable fire. Next to this monument, the legend says, Hercules built a city that he called Cruña, thus this was the name of the first woman to arrive at that place.

Other myths related to the Tower of Hercules and the city of Brigantia (A Coruña) are the legends of Breogán and the story of the monk Trezenzonio, which established a strong link between Galicia and Ireland. There are also other stories that represent the magic and mystery that covered this tower. Both the myth of the Mirror and the legend of the soldiers’ resistance to Francis Drake refer to a reality characterized by courage and the desire to conquer.

Curiosities about the Tower of Hercules 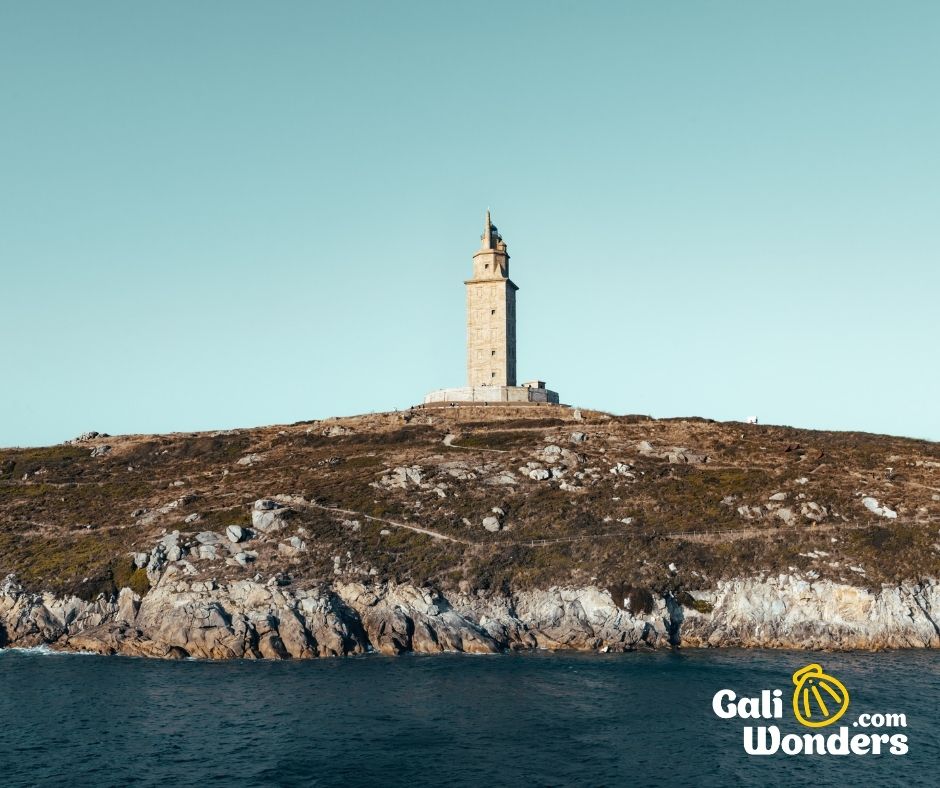 Timetable for visits to the Tower of Hercules

Remember that you can visit the Tower at the following times:

Tickets can be purchased at the Visitor Information and Assistance Center (CIAV) from 9.45 am. For more information on tickets and measures in force by the COVID-19 visit this page.

At Galiwonders, we recommend you to visit this unique place, because of its historical importance and its unique beauty. Let the magic of this place surprise you and connect with the heroic past of this incredible lighthouse. To learn more about our routes, contact us, we will be happy to help you discover Galicia and its most beautiful places.