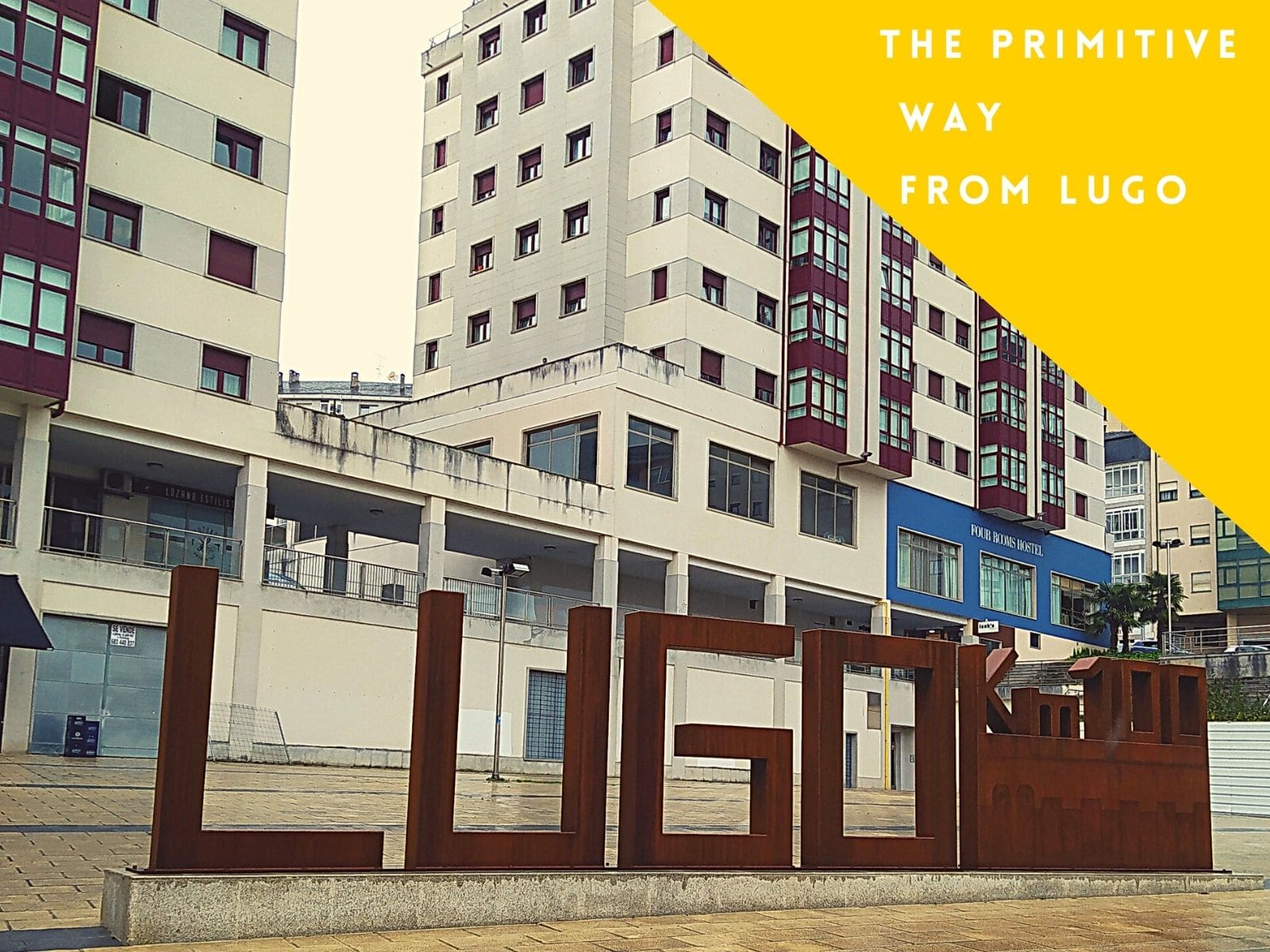 The Primitive Way from Lugo is one of the caminos that is most growing among pilgrims in recent years. This itinerary represents an incredible opportunity for those who decide to walk it.  In fact, the pilgrim will not only walk a very beautiful route, passing through  woods and natural landscapes. Also he/she can discover the incredible Roman Wall of Lugo, declared a World Heritage Site by UNESCO, and we can’t forget that Lugo offers one of the best gastronomies of the whole Peninsula.

What are you waiting for? Let’s get to know the stages of this route with maps and distances.

The Primitive Way from Lugo

The Primitive Way, as you can guess from its name, represents the original way, that is to say, the first of all the caminos that led to Santiago de Compostela. More than a thousand years ago, in fact, it was walked by King Alfonso II the Chaste, who is considered to be the first pilgrim. This route, which requires a good physical preparation, is one of the most spiritual of all the Xacobean routes and at Galiwonders we recommend it to pilgrims who want to undertake a more inward-looking path away from the crowds. The full itinerary starts in Oviedo but if you don’t have the two weeks needed to walk the Complete Camino Primitivo, you can choose the shorter version, from Lugo. 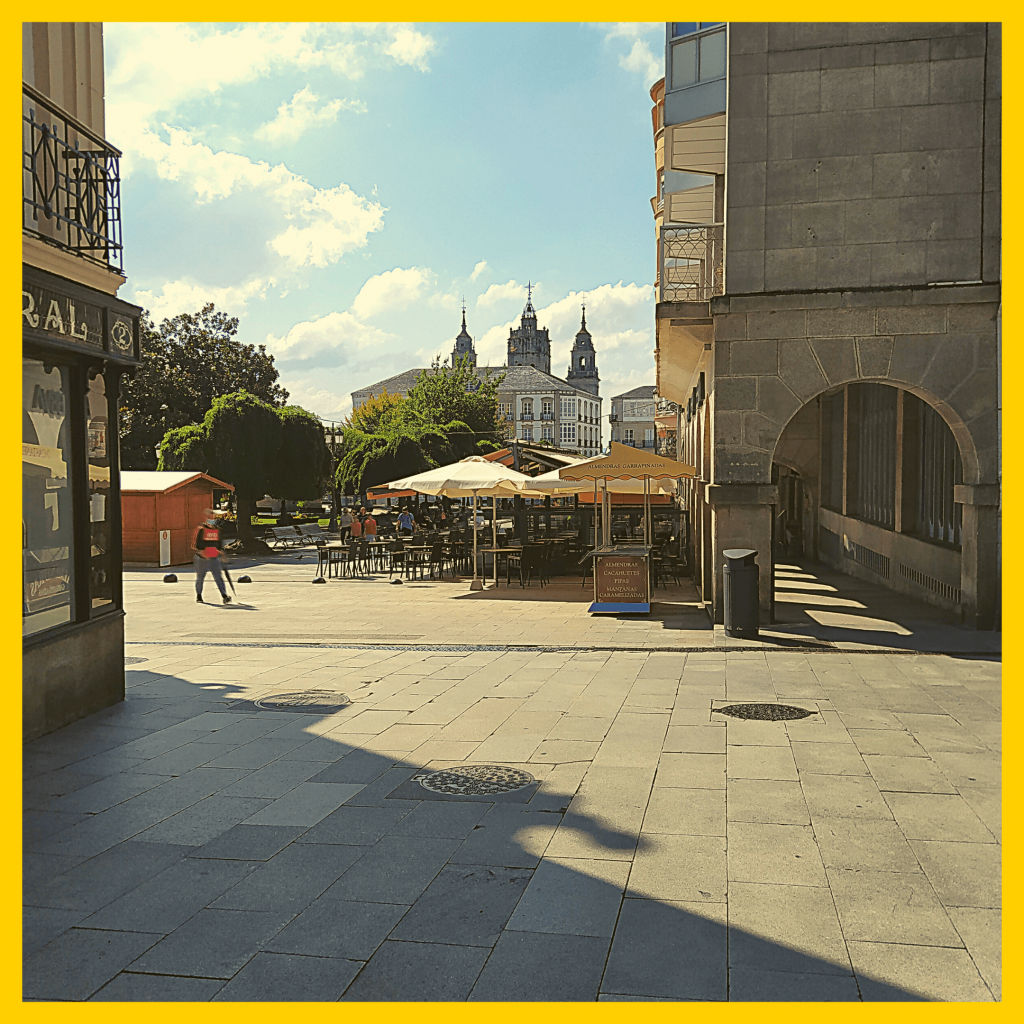 The Primitive Way from Lugo will allow you to learn more about the Roman past of this city. You can walk along its Roman wall (which is still in a perfect state of preservation), visit the archaeological museum and stroll through the streets of its picturesque old town. In addition, by walking this route you will have the opportunity to experience a less crowded camino compared to other more popular routes such as the French Way from Sarria. 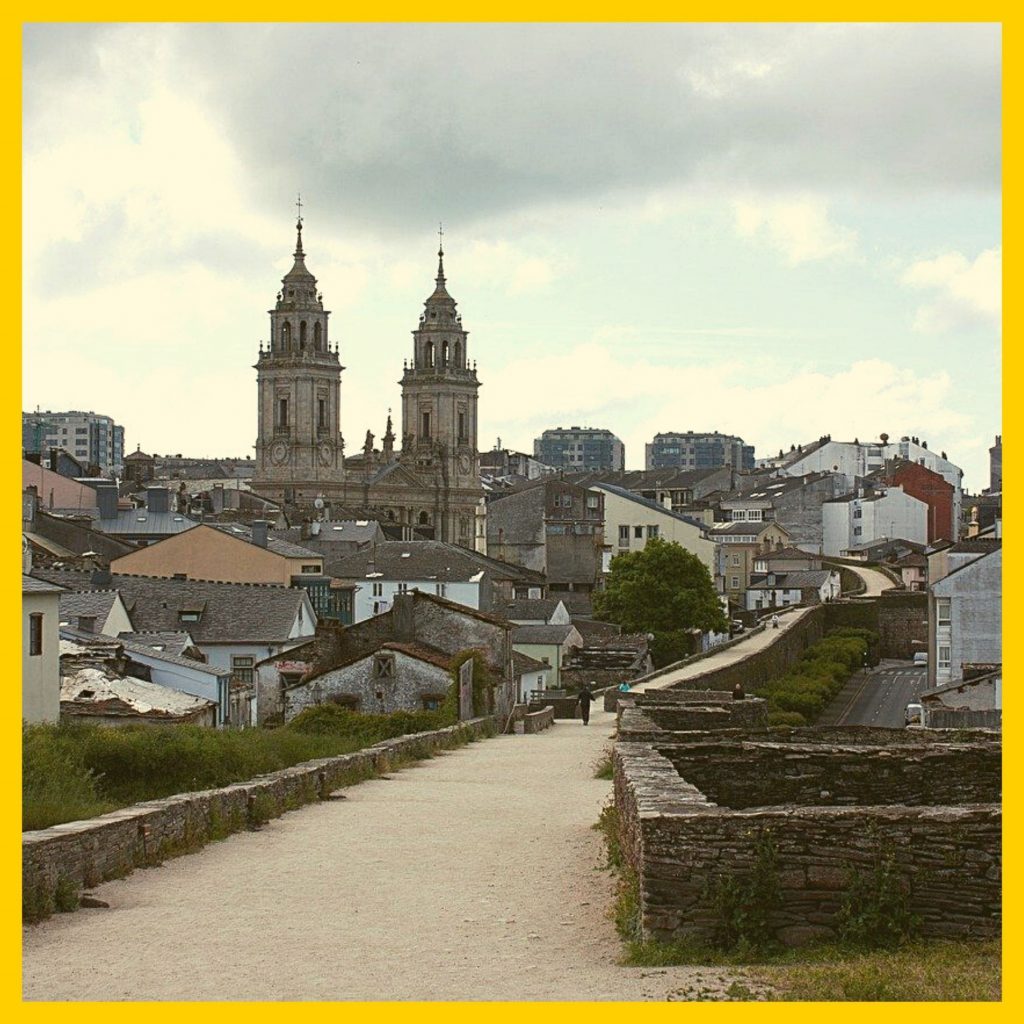 The stages on the Primitive Way from Lugo

Let’s see below the different stages of the Primitive Way from Lugo to Santiago de Compostela, with distances and maps. This route joins the French Way in Melide and for this reason from there onwards there are many more pilgrims heading to the Cathedral of Santiago.

Lugo, besides being the starting point of the last 100 km of the Primitive Way, is a beautiful city of Roman origin, whose original name was Lucus Augusti. Founded by Paulo Fabio Máximo in the year 25 BC, this city has as a great protagonist its Roman Wall declared a World Heritage Site in 2000.  Pilgrims who visit it and climb it (as it is possible to walk along it completely), are left breathless when they contemplate this millenary monument still in a perfect state of conservation. It is more than 2 kilometres long and has 5 gates that lead to the historic centre.

Lugo was one of the most important places for pilgrimages to Santiago de Compostela in the Middle Ages and the Cathedral, built in the 13th century, still represents this connection with the past.

Among the most interesting points of interest are the Plaza Mayor, where the Town Hall is located, also known as “Plaza de España”, the Roman Bridge, the Church of San Francisco. Tourists love to simply wander through the streets of the centre, where they can enjoy some tapas in one of the many bars in the old town. 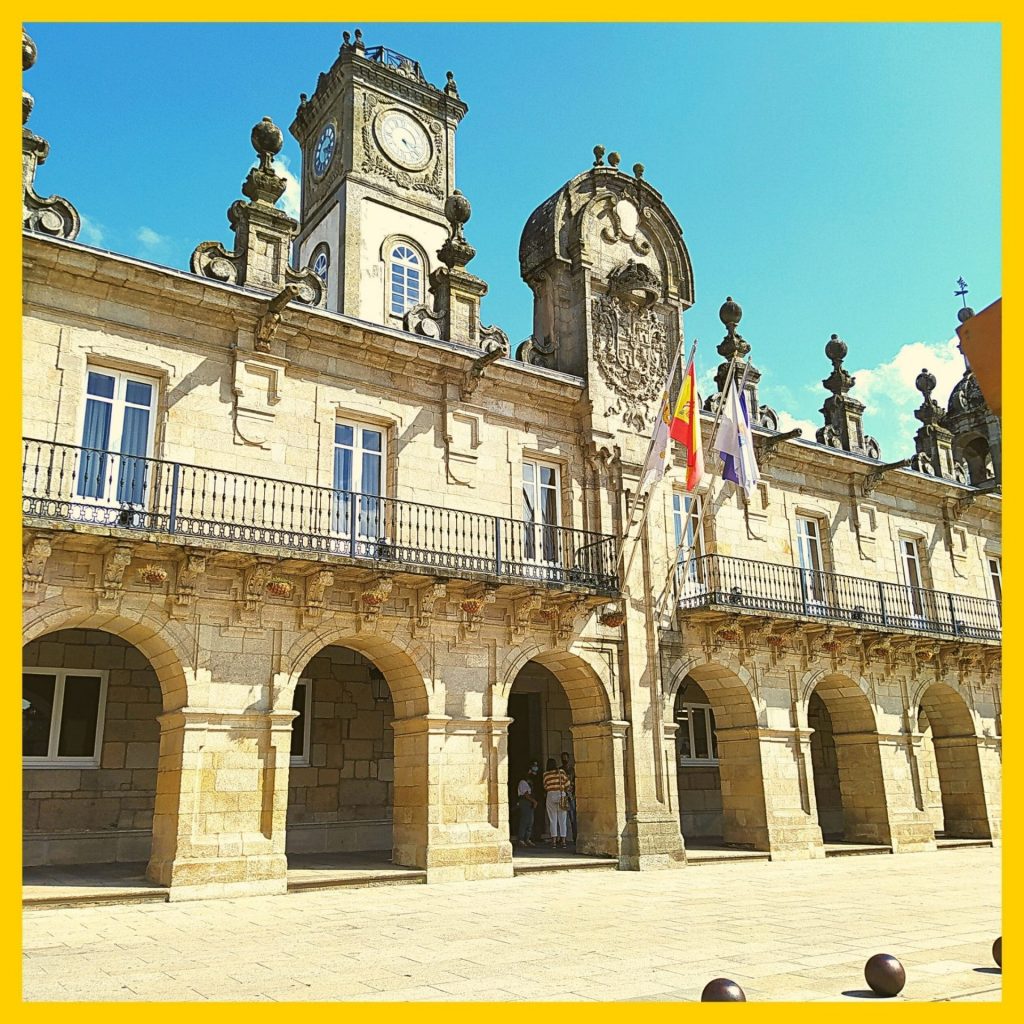 Leaving the city of Lugo behind, you will enter more and more into a rural environment, characterized by its farms. There you will come across many animals along the way. On this stage you can visit the church of Santa Eulalia de Bóveda, about 14 kilometres from Lugo, after a brief detour from the main route.

This late Roman sanctuary from the 3rd century was originally dedicated to the goddess Cybele and was later converted to the cult of Santa Eulalia. You will finish the stage in Ponte Ferreira, whose Roman bridge and charming natural surroundings are its main attraction.

Today’s stage has a medium-low level of difficulty. You will cross rural landscapes, passing through small dirt tracks and, above all, on asphalt. The gradients are generally moderate and you will be able to rest throughout the day in the small villages you will cross. This is the stage where the Primitive Way and the French Way meet, as it ends in Melide. From here onwards your chances of meeting other pilgrims from all over the world will increase.

If you like Galician food, you can not miss the pulpo (octopus) a feira, one of the typical dishes of this town, a real treat!

You can also visit the oldest cruceiro in Galicia and also the Museo da Terra de Melide, a former pilgrims’ hospital whose foundation dates back to 1502.

This stage is short but has a few moderately steep climbs. Leaving Melide behind, you can immerse yourself in the fullest nature and in the enchanting forests that await you along this route.

Arriving at the picturesque village of Ribadiso de Abaixo, pilgrims seem to enter another world. This small village presents a medieval bridge, some traditional houses, an old hospital for pilgrims (today a hostel of the Xunta) and the beautiful river Iso. In the river, weather permitting, you can refresh yourself before arriving in Arzúa.

Ready for the penultimate stage of the Camino from Lugo? You’re almost there! Your final destination is getting closer and the excitement will grow with every step.

Today you will be able to walk a fairly easy path with few slopes, crossing forests and meadows. Once you arrive at O Pedrouzo you will be a good distance away to be able to reach Santiago the following morning. At Galiwonders we advise you to leave early in the morning, to discover the historic centre of Santiago de Compostela, declared World Heritage Site by Unesco.

At last, the final stage of this beautiful Camino has arrived, although todays route will be the least beautiful, as it has urban and industrial sections, airport, motorways… With no relevant slopes, a moderately steep climb to Monte do Gozo awaits you, from where you will be able to see the Cathedral for the first time.

Many pilgrims cry when they reach the Obradoiro square because the emotion of achieving the goal and the beauty of the Cathedral overcomes them. Enjoy this unique and magical moment together with many other pilgrims who share your same feelings… you will never forget it!

A beautiful day awaits you in Santiago de Compostela so don’t miss the Abastos market, a good meal, a stroll through the narrow streets of the old town and a visit inside the recently restored Cathedral.

From Galiwonders we want to help you to create your tailor-made itinerary, so contact us for any questions, we will be happy to help you!