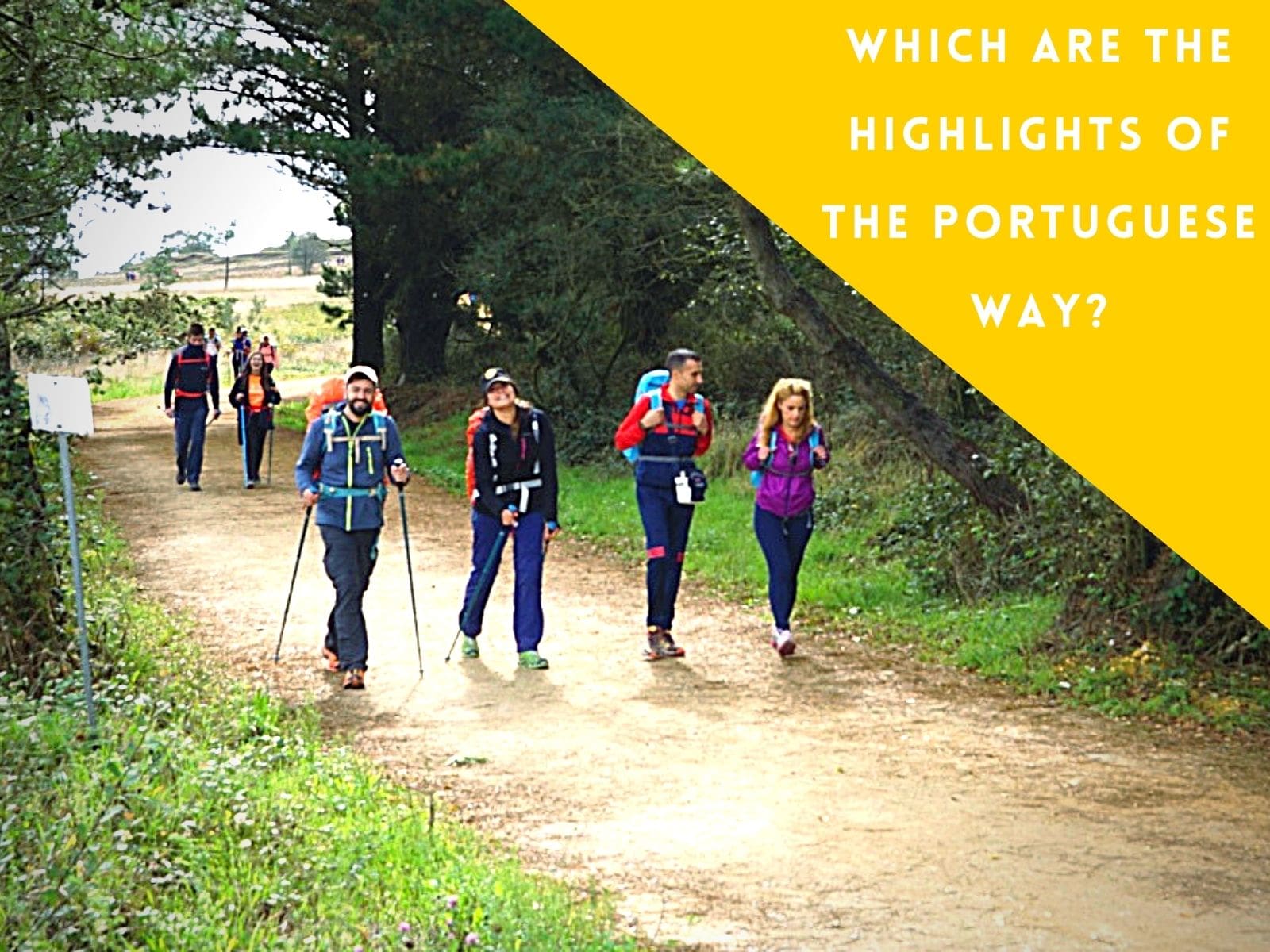 The Portuguese Way is the second most important route of the Camino, in number of Pilgrims that walk it every year, just surpassed by the French Way. In 2019, 72,357 pilgrims (20.82%) walked this route, according to figures from the Pilgrim’s Office of Santiago de Compostela. This road has an important past, offers incredible views and will allow you to discover really beautiful places. So let’s see what you can do on this itinerary that is becoming more and more popular!

Which are the highlights of the Portuguese Way?

Actually, during some specific months, the French Way can be quite overcrowded, and finding accommodation becomes a real challenge, particularly on the last 100 km from Sarria to Santiago. Good luck to those looking for a room on the first or second weekend of September, in Sarria or Portomarí­n!

We need to say that the Portuguese Way has nothing to envy to the French Way regarding landscapes, tradition and culture. Moreover, some of the stages go all along the coast, with the views of the Atlantic Ocean on the left of the Pilgrim. Except for some specific dates and villages, looking for accommodation is not difficult at all, and, even if it is not as sociable as the French Way in terms of number of walkers, it is usual to meet other Pilgrims on the way.

-The Cathedral of Tui

This impressive construction, built by the end of the XI century with a Romanesque style, is located in the highest part of the city, and it is the artistic emblem of Tui. It is worthy to visit the cloisters, or wander around at night, with the moonlight lighting it up. The Cathedral of Santa María de la Asunción of Tui had, as most of the ancient cathedrals, important reforms in different periods. The most important modification, can be seen in its main facade and it took place approximately in the year 1225. A curious element that you will find in its interior are the slightly inclined walls, reason that made it necessary to build the interior buttresses in the central nave. When you approach this imposing structure, you can feel its millenary strength, a true fortress that guaranteed the security of the town against the incursions of invaders. Since Tui is the starting point of the second most popular route, it is easy to come across pilgrims, strolling through the streets of its historic center and getting ready to start their journey.

It is not really on the Camino, but 18 km away from O Porriño, and a bit more from Redondela; but there are direct buses on both stops (although not very regular) or it is possible to take a taxi. Built in the XIX century, it is the most popular Spa in Galicia. We believe that there is nothing better than relaxing a little bit on its pure water, after a long walking day.

Thanks to the important guests who spent their summers here during the Belle Époque (such as Isabel of Bourbon, the Archbishop of Westminster, or the Sultan Muley Haffid), the Mondariz Spa became one of the most famous in Europe, competing with Baden-Baden and Bath. In addition to representing a place of health and well-being due to the medicinal properties of its waters, over time this place became an important center of political, cultural and social exchange.

From Redondela, there are guided tours from June to September to see this small treasure in the middle of the Stuary of Vigo. You will be able to enjoy, not only a small piece of paradise, but also discover its patrimony, culture and history, and all the details of the Battle of Vigo Bay.

Throughout its history, the island was used as a monastery, by the Templars and by the Franciscans, in 1589 it was plundered by English pirates, including the famous Francis Drake. It was also used as a lazaretto for the infected people coming from European and Caribbean ports and between 1936 and 1943 as a prison. In 1999, the islands of San Simón and San Antón were declared Sites of Cultural Interest and it started a project to restore the island in a more environmentally friendly way.

-Know pilgrims from all over the world

This route is becoming a very popular option for pilgrims who have previously walked the French Way or for those who want a route not as busy as the French one. Along the way, as well as in the hotels and restaurants, you will have the opportunity to meet international pilgrims. Share your story and take this opportunity to learn more about other travelers and their reasons for undertaking the Camino.

-Taste the gastronomy of Pontevedra

Galicia, is a Michelin star destination and you will be able to taste some dishes of this incredible culinary tradition in Pontevedra and other places in the Rias Baixas. Don’t miss these delicacies during your experience on the Portuguese Way. Traditional recipes elaborated in a modern way, will make you know the local products and the great variety of dishes that are distinguished in this area. Also, remember that the delicious wines of the Rías Baixas Denomination of Origin are produced here. Cheers!

The signs to go to this Natural Park with waterfalls and mills, are right on the Camino, a couple of kilometers before Caldas de Reis. You will just need to walk for about 5 minutes, and is totally worthy to have a break there (it is one of the most popular and remembered stops for Pilgrims). There is also a picnic area, very comfortable to have lunch.

Caldas de Reis is a very popular stop because of its miner-medicinal water, that have healing properties for breathing illness, rheumatism, skin issues in the public fountain of Las Burgas, you will be able to enjoy all these beneficial properties, for free!

We know what happens with the Pimientos de Padrón, algúns pican, e outros non (this Galician maxim means: some of them are hot, and other are not). Which means that, we take our chances on every bite of this tasty delicacy. These small peppers are available in all Galicia, Spain, and even the whole world, but it is a good thing to try them where they are originally from, Padrón.

What about you, have you already done this part of the Portuguese Way? Which other plans would you recommend? Leave us a comment below and share your experience with us. If you want information about this or any other path, do not hesitate to contact us.