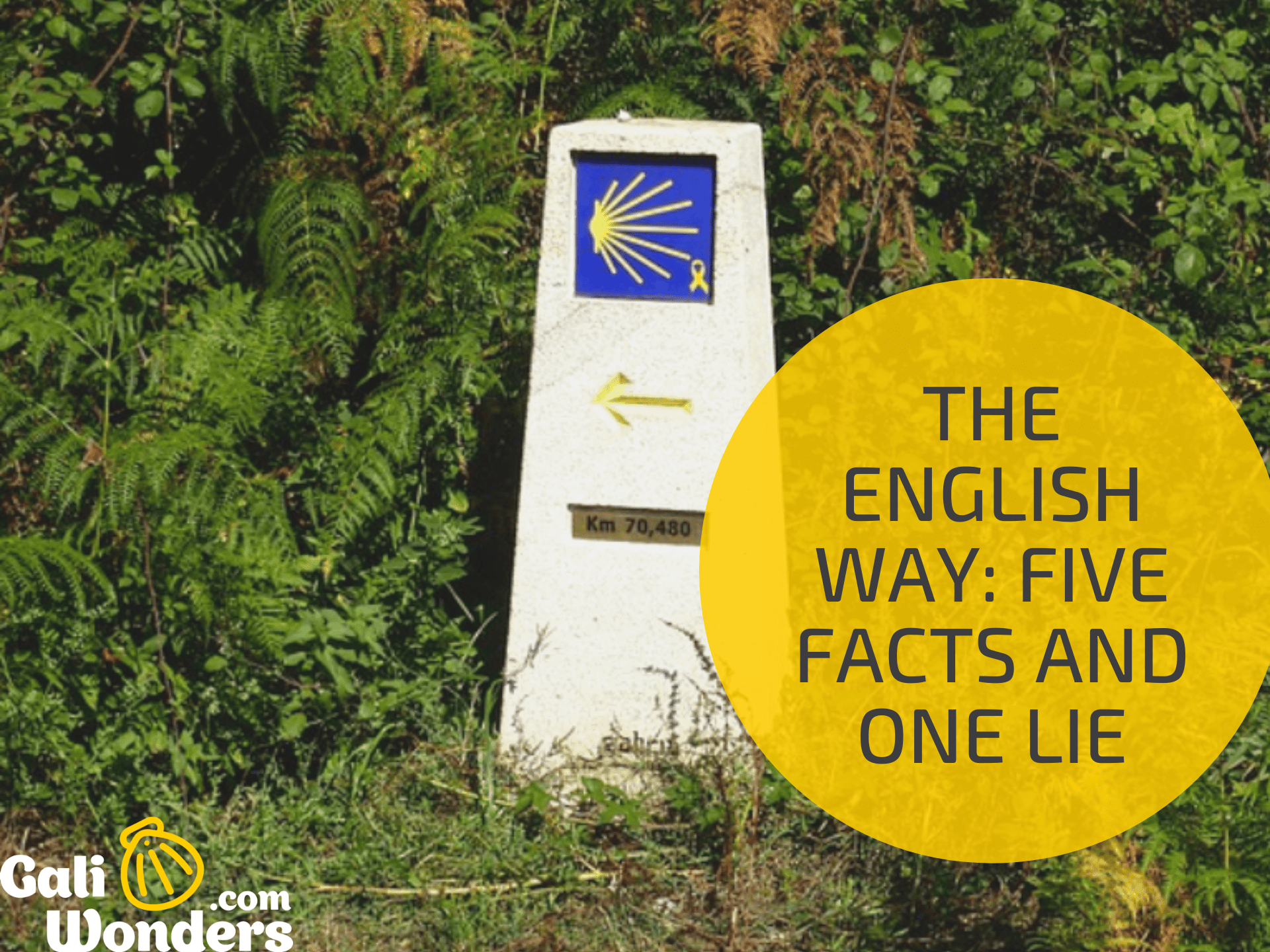 Today we’ll talk about the English Way: five facts and one lie about this pleasant route. Would you guess which of these statements is not true?

The English Way is not as well known as the French Way, but we strongly recommend it to those pilgrims looking for tranquility, and to get away from the crowds. Now that we have launched a new Camino de Santiago package on the English Way, we would like to commemorate this by bringing up some interesting information about it. More precisely, six statements: five facts and one hidden lie in between.

Would you guess which one is not true? 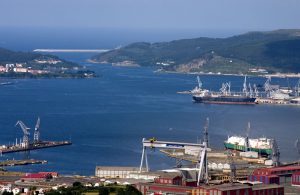 We can start our walk in Ferrol (110 km to Santiago de Compostela) or in A Coruña (78 km). But those who want to qualify for the pilgrim certificate (Compostela) would need to start in Ferrol, since the minimum required to get it is 100 km, walkin

A lot of Pilgrims from Northern Europe used to arrive to the ports of Ferrol and A Coruña between XII and XV centuries, after a long journey through the sea, and they started to walk from there to Santiago. These ships used to depart from the ports in Southern England, such as Plymouth, Southampton o Winchelsea; and that’s where the name of the route comes from.

Curiously, on the last Holy Jacobean Year (it was in 2010, and the next will be in 2021) the English Way was the most walked route, surpassing for the first time the French Way. Since then, its popularity has come to a halt, and the route from Sarria to Santiago is the most popular one nowadays.

As we explained before, the English Way can be started in A Coruña, however this wouldn’t allow pilgrims to qualify for the certificate. Nowadays, this issue is being studied: there are conversations in place between the political authorities, the Archbishopric and the Dean of the Cathedral, to make an exceptions to the minimum 100 km, in order to revitalize the route. If this is approved, this would be the first time in history to make an exception like this. 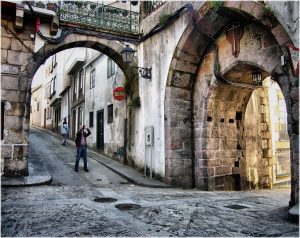 In Betanzos, one of the most iconic stops of the English Way, we can visit the Parque del Pasatiempo (Pasatiempo Park). This historical construction, considered to be a modernist jewel, was built by the brothers García Naviera. They were originally from Betanzaos, but they emigrated to South America where they earned a lot of money, and when they came back to Betanzos they built this park. It is a sort of interactive theme park, and it became really popular at the beginning of the XX century, as a model of creative architecture.

6) The Crusaders walked the English Way in the XII century 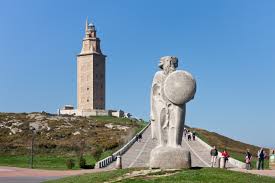 The English Way was really popular between the XII and the XV centuries, and there are evidences that a group of Crusaders from Northern Europe set out on a pilgrimage. Before going to the Holy Land, they walked to Santiago de Compostela.

Do you know which one of these statements is not true? Do you know any other interesting information about the route, that you would like to share?

For more information about the English Way, and other tours in Galicia region, do not hesitate to contact us here.