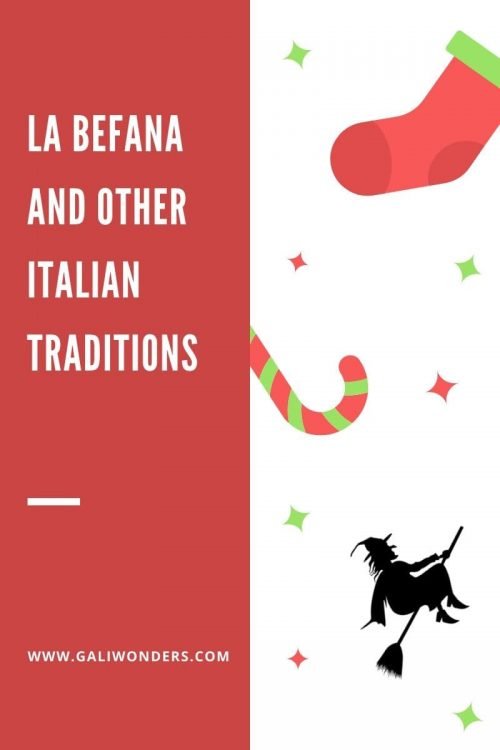 If you want to know more about “La Befana” and other Italian traditions in this time of the year, keep reading because I will reveal you some funny facts of our culture. You will be able to see some of these picturesque characters while you are walking on the Via Francigena in the end of December and at the beginning of January! At Galiwonders, we can help you to live the perfect experience on the Via Francigena.

Maybe you already know it, but Italians are very superstitious. Today we will explain you something more about Italian rituals, this time of the year!

An old tradition, that we still follow in Italy, is (obviously) related to food!

We eat lentils during the dinner on New Years’ Eve (Big Feast) and the Cotechino which is a kind of boiled sausage, rich of fats and therefore symbol of abundance.

With their shape (of coins), they were believed to bring prosperity and lots of money the following year. As you can imagine, it never happens anything special. However, we always follow the tradition…you never know!

In some parts of Italy, rice (with the typical risotto) or raisins, also used to represent coins are eaten for calling financial wealth. Moreover, in ancient Rome, they used to eat figs with honey as symbol of a new sweet year. This tradition is still in use in Naples. 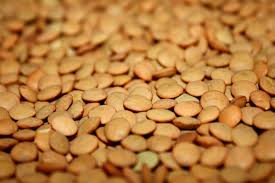 Also, as almost everywhere, we celebrate the New Years with fireworks. In fact, they are believed to chase away bad spirits and brighten up the new year!

Furthermore, we want to let go the old year and represent a change.

Even though this could look something normal, in the past it was quite odd! Now you will see why…

In fact, on New Year’s Eve, Italians threw out old items from their window as a symbolic gesture of letting go the past.

Yes! You did understand correctly.

In Italy, they were throwing away all sorts of things. Clothes, furniture, pans, plates. All from their windows! Sometimes there are still some news about people who follow this tradition, so always watch out if you celebrate New Years in Italy.

Eventually, we do also have a tradition to bring good luck and fertility. Wearing red lingerie but only on New Years’ Eve. In fact, the following day we throw it away to start a new year.

La Befana takes her name from the word Epiphany. I remember, as a child, that the night of the 5th of January, when the Befana was expected to come to my home on her broomstick, I was happy but scared at the same time.

The legend wants that, if you did behave well, you would receive sweets and candies, but if you were a bit naughty, you would be given sweet coal (which is also made with sugar and sweet ingredients)! Those gifts are left on a special big sock, hold on the fireplace or on the wall of the living room. 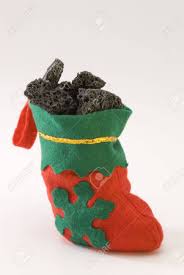 Despite she brings sweets,  the image of la Befana is always quite scary for a child.

An old lady, dressed poorly with dark clothes, going around on a broomstick. 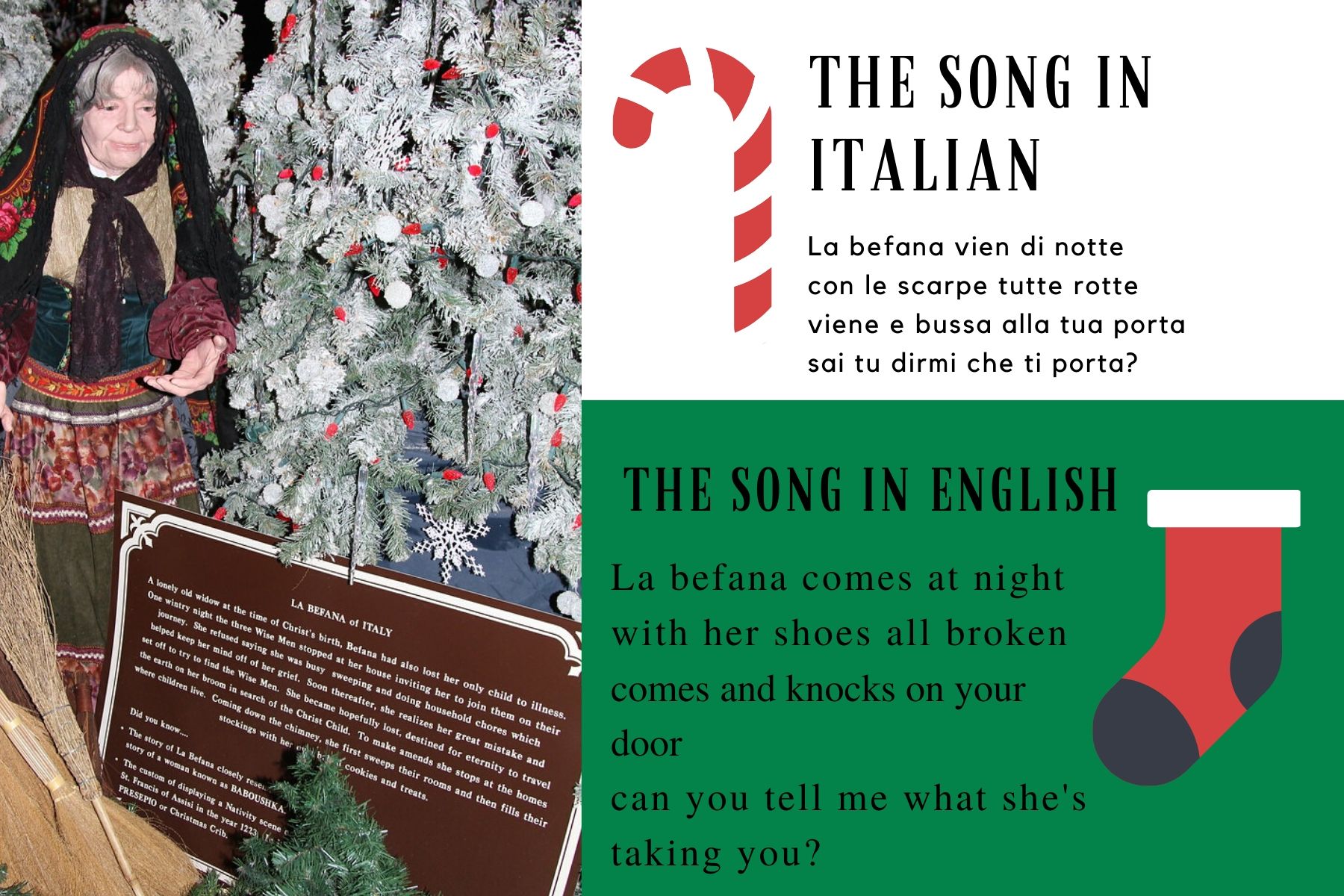 However, I have to admit that she is always represented with a smile. In fact, she looks more like an old grandma who gives candies to her grandchildren. In the end she is not so bad!

When I came to Spain and I realized that here, the same day, they were celebrating the Three Kings (Los Reyes Magos o Re Magi), I was quite surprised.

Of course, they are much more elegant and don’t look scary, but I felt like a bit of magic was missed. 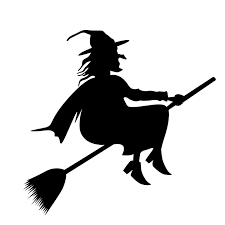 I mean, we had an old lady flying instead!

The origin of La Befana

We all know this period of the year as the Epiphany and it connects both traditions.

According to the legend, the Three Kings, were going to Belén to bring their gifts to Jesus Christ.

Since they couldn’t find him, they asked La Befana to help them. Following the tale, she gave them sweets but she didn’t left her house to go with them. After a while she regretted it and decided to look for the baby going house to house and giving sweets along her way. 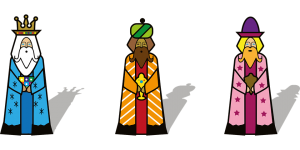 Since then, she is wandering incessantly, giving gifts to kids all over the world to be forgiven.

As often happens, this tradition could come from a pre-christian folkloric celebration later adapted by the church.

For instance, it is considered that the real origin of this feature came from a pagan celebration related to the agriculture, at the beginning of the year.

Indeed, several countries still celebrate the beginning of the new year, burning old dummies, with old clothes. This represents the end of the old year, to move on towards a new one. Also, the gifts given, are a symbol of the good luck for the new year.

Remember, if you are traveling to Italy this time of the year, you will be able to see many Italian traditions, as La Befana, celebrated in the squares of the cities.

Enjoy your Italian experience and contact us to know more!