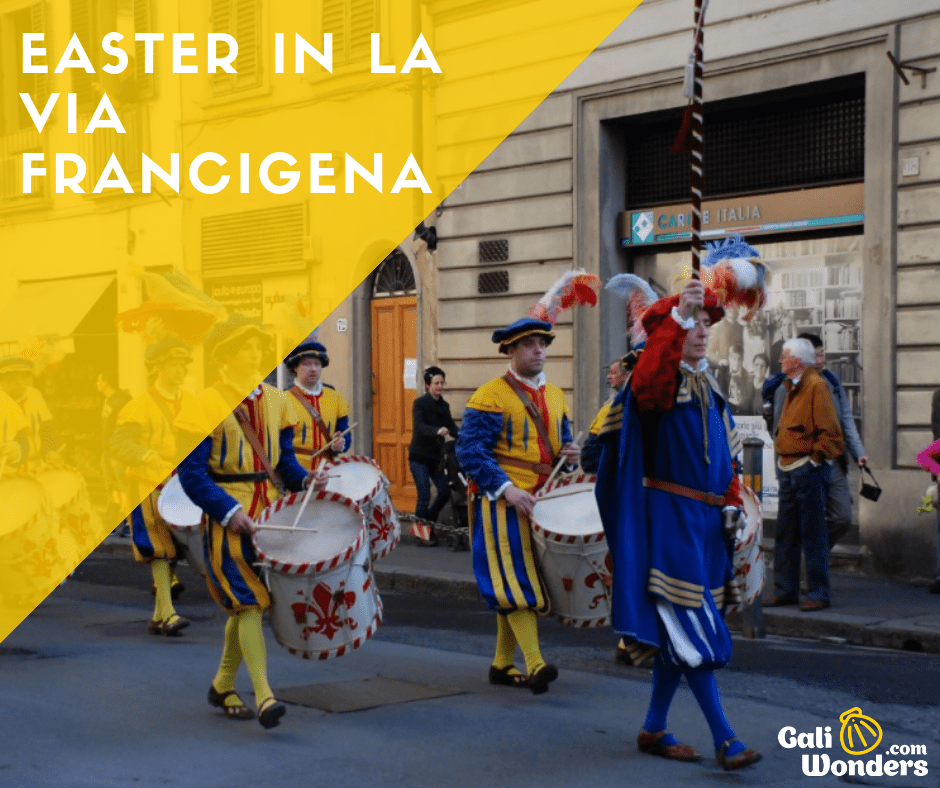 The Holy Week is almost there and, for this reason, we would like to talk about the different ways to celebrate these special days in La Via Francigena. During this week, you will be able to celebrate ancient rituals but, at the same time, to discover new traditions.

Those travelers planning to walk la Via Francigena in Italy during Easter days, we would like to remind you that you will be able to attend very special celebrations.  Let’s discover, in depth, those taking place in Tuscany region. 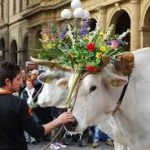 Between Florence and Siena, there is this little village called San Casciano. During Easter, they celebrate this festival called Sepolcro delle Vecce. This celebration has remained the same for centuries. The inhabitants have never stopped celebrating it, not even after the Second Vatican Council in the 60’s. The churches of Suffragio and la Misericordia represent the passage of the death and resurrection of Jesus Christ. The floral compositions made for this event are splendid.

This ornaments are made of vetch and wheat, mixd with other seasonal flowers and plans. For example, gardenias, daisies, begonias, azaleas, hydrangea and  geraniums. The presence of the vetch, that is known as a “poor flower”, is connected to San Casciano tradition. In fact, it is planted one month before the third  Sunday of Lent. After that, it is kept on a storage room, as the wet atmosphere benefits its blooming. It is used as a traditional ornament, both symbolic and religious.

This flower has some white threads, that symbolize the death of Jesus Christ. Instead, wheat represents his resurrection. 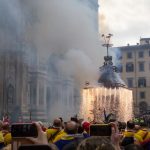 There are other Easter traditions in la Via Francigena, like the one that can be seen in Castiglione de Garfagnana (in the Province of Lucca). There, there is a very popular procession on the Holy Thursday, called Processione dei Crocioni.

This ceremony stands out because of one distinctive feature: the penitent dressed up as Jesus Christ, with his chains and the cross on the back. He walks through the streets, followed by the devoted believers.

It also very interesting the ceremony that can be seen in Chianciano Terme. This procession has been organized the same way for the last 30 years. It starts at 21:30, on the Holy Friday. The procession passes through all the streets of the village, until it reaches the outer part of the walls. It is called Antica Giudeata.

More than 150 people take part in this procession. They are dressed up, performing the main characters of the death and resurrection of Jesus Christ. Virgin Mary, Poncio Pilatos, etc.

The Holy Friday in Grassina

There is another ceremony that takes places during the Holy Friday, in Grassina, 15 minutes far from Florence. It represents the passion of the Christ, and more than 500 people take part on it. This procession is more than 300 years old, and it passes through the central streets of Grassina. There is religious music, narrations about the life of Jesus, finishing with his crucifixion.

The same day, in the lovely village of Pienza, there is a similar procession with 12 characters. They walk hooded, barefooted, wearing torches. Always accompanied by the traditional music. 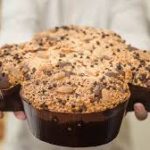 Still in Tuscany, there is another ancient tradition, that is called the Scoppio del Carro (the explosion of the cart) at the Duomo Square (Piazza del Duomo) in Florence. It takes place on Easter Sunday. This celebration congregates thousands of spectators every year, as it is a very special ritual (more than 350 years old!). The cart, also called “Brindellone”, was done for the first time in 1622, and it is like a high tower (2 or 3 floors) that is dragged by oxes along the streets of Florence. Until it gets to the area between the baptistery and the Cathedral. This tradition has two origins: historic and religious.

It is said that a young man called Pazzino (who was a member of a noble family, called “Pazzi”), was sent to the first Crusade of the Holy War in 1099. There, he proved to be very brave.

Back from the Crusade, Pazzino brought with him three stones, that are still kept as a precious religious treasure in the city of Florence. They are guarded at the Church of SS. Apostoli. It is quite important to remember that this ceremony, nowadays, is celebrated the same way as on its origins. Following the same rituals.

It starts at 10 am. The priest scrubs the silex stones against each other, and the spark lights the Easter candle. After that, the Easter candle will light the coal inside the cart. The processions goes across the streets of Florence, and  delivers the Holy Fire in the archbishopric, in front of the Duomo, in Santa Maria del Fiore. This procession is enliven, the whole time, by percussionists, people bringing the flags with their historical customs. The procession is also followed by the public servants of Florence, and clergy representatives..

Around 11 am, once the cart arrives to the Cathedral, it stops and stays outside until the mass starts. Inside the Duomo, the Archbishop lights fire (with the Holy Fire) to a pigeon-shaped firework. It is called Colombina, and represents the Holy Spirit. The Colombina flies out of the church, over a thread, until it reaches the cart where all the rest of the fireworks are placed. This leads to the explosion of the cart (which is why the ritual is called like this).

The perfect explosion of the cart and all the fireworks, used to represent a great harvest (or not!) during that year. It starts in Piazza Umberto (the main square in Ruffina) at 11:30 am. It is an ancient tradition that has evolved throughout the years, to this amazing fireworks we have nowadays. 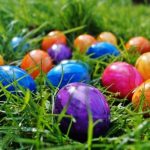 In Italy, the day after Easter Sunday is called Pasquetta, and is also a very important day (a bank holiday in Italy). Italians usually spend Holy Monday with their families, and it is very popular to go on a picnic, outdoors, or just go for a walk if the weather is nice.

If you are in la Via Francigena and would like to follow the tradition, you can go to one of the local markets (like San Agostino or San Lorenzo in Florence) and buy some food to go on a picnic. There are many parks in the city to do so, like la Cascine.

There is another tradition on the Holy Monday, very popular for kids, called Egg Hunting on the Gardens. It is way to honor the beauty of the Italian gardens, and there are many egg huntings taking place throughout the whole country.

Moreover, there are three main gardens in Tuscany that have joined an initiative called: Hunting the Botanical Treasure in the Italian Gardens. This year, it takes place on the 22nd of April, and the gardens are: Giardino Bardini (Florencia), Giardino Storico Garzoni (Collodi) y Parco della Villa Reale di Marlia (Lucca).

Easter in la Via Francigena is a great combination to discover the Bel Paese. Its traditions, its gastronomy…. Among the most typical dishes, we can mention lamb, eggs (normal eggs and chocolate eggs!), and pies. For example, Torta Pasqualina. The most popular dessert on the Holy Week is called Colomba.

Please do not hesitate to contact us if you want to learn more about Easter traditions in la Via Francigena, or if you want any information about our walking and cycling tours.