Christmas on the Camino de Santiago

Christmas in Galicia can be described as a period full of meetings, family meals, lots of presents and parties. The decoration with trees full of lights and colored balls is everywhere. Are you going to miss it?

The 24th of December, is known as “Nochebuena” or “Christmas Eve”. Families use to meet together for dinner, and they sing the Christmas carols (or “Villancicos” in Spanish). Children look forward to the arrival of “the Apalpador” (the Galician Santa Claus).

The next day, the 25th of December, we celebrate the birth of Jesus with a big family lunch. After eating the Christmas sweets (nougats) families use to go to visit the Nativity Scenes (known as “Nacimientos”). Children use to play with the presents that Santa has brought to them.

Sellfish is the most popular Galicia dish, particularly in the coastal areas. It is a unique taste in the world, because of the cold water and the nutrients that feed the Galician estuaries. 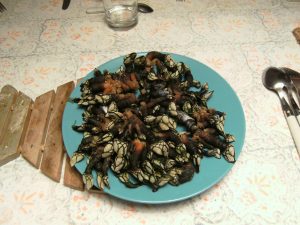 Galician shellfish is one of the most appreciated worldwide. This could be due to the power of the waves against the rocks. Just a few minutes in boiling water and some salt is enough to cook this delicacy.

The way fishermen collect these goose barnacles (“percebeiros“) is really particular, and amazes locals and tourists. It is very dangerous, particularly in winter time.

This seafood is very related to Galicia and the Camino de Santiago. Its name in Spanish is “Vieira”, but can also be called “peregrina” (pilgrim), “concha del peregrino” (pilgrim shell) or “Xacobea” (Jacobean). It used to be brought back home by those pilgrims who completed the Camino de Santiago, as a sort of souvenir or proof of the adventure they had accomplished.

In addition to being the symbol of the Camino, the scallop shell is also one of the most appreciated seafoods of Galicia region. It can be collected in the Atlantic waters, and use to be buried in sandy zones. It is typically collected near the coast, and the areas where they are located are called the “rastro de vieira” (scallop shell track). They can also be collected at the “bateas” (troughs).

It is cooked in the oven, with onion, highland ham, a bit of olive oil and a trickle of white wine (Designation of Origin) and breadcrumbs on the top. This shellfish is a must on any Christmas family meal.

This shellfish is commonly served in big banquets, such as a wedding, a communion, or any other kind of religious celebration, like Christmas. It is usually cooked with a white wine sauce (made with Rias Baixas or Ribeira Sacra wine).

The Albariño wine is from the Rias Baixas, a Protected designation of origin. This is the sunniest area of Galicia, in the Southern part of the region. It is the most popular Galician wine, known internationally. It can be consumed with fish and seafood. It is also used to make a sauce tastier.

Many pilgrims choose the thermal experience that includes a walk along the river that crosses the mountains; and the degustation of its wines. 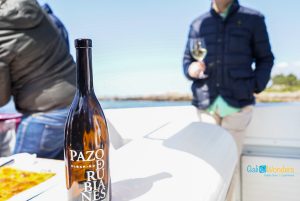 What about Christmas on the Camino de Santiago?

Those who are thinking about walking the stretch of O Cebreiro, on the French Way, may considering choosing the Winter Way instead.

The Winter Way is one of the most traditional routes of the Camino de Santiago, with centuries of history. It has gained more popularity over the last few years. The route started as an alternative to the French Way during winter time. The area close to O Cebreiro was closed during some periods because of the snow.

The Winter Way represents the alternative through the valley, avoiding the dangerous parts. Pilgrims choosing this route will also enjoy amazing landscapes, like Las Médulas in León (UNESCO heritage site) or the Ribeira Sacra region. 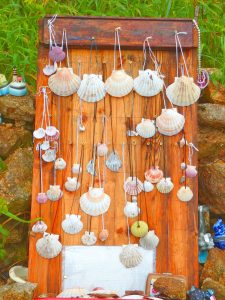 If you have never walked the Camino in Christmas, what do you think about this challenge?