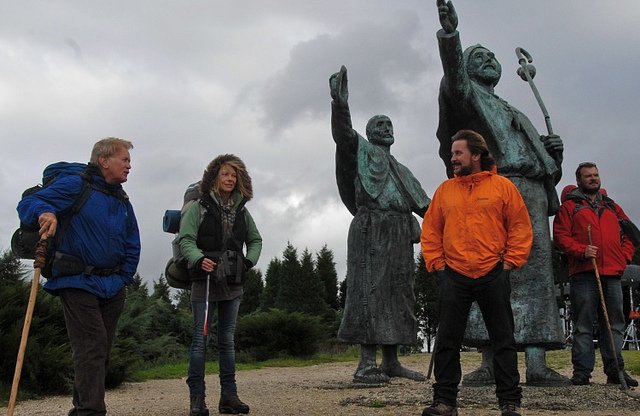 Thousands of Pilgrims walk the Caminode Santiago every year. Today we will talk about 4 celebrities that decided to take on this adventure

The Camino de Santiago is one of the oldest pilgrimage routes in the world, that dates back from the end of the IX century. The news about the relics attributed to the Holy Apostle being in Santiago de Compostela, were spread throughout Christian Europe; and this is how the pilgrimage began.

Many people complete this route every year, and today we will talk about 4 popular pilgrims that surely you have heard about.

The Brazilian writer (69 years old) walked the Camino in 1986. He decided to walk the French Way, starting in St-Jean-Pied-de-Port up to O Cebreiro. Once there, he took a bus to Santiago de Compostela.

The following year, in 1987, he wrote his famous book “The Pilgrim”, about his pilgrimage with “Petrus”, his guide and teacher.

Paulo states that in Santiago he feels like home and that the Camino changed his perception of life.

Shirley Maclaine, famous singer, dancer and actress, made the Camino de Santiago in 1994, after going through a difficult personal time. She was 60 years old.

The Oscar-winning actress began in Roncesvalles and while she was on the Camino, she was accompanied by a support car that supplied her with clothes and food.

When she was interviewed by Oprah Winfrey, she emphasized that it is a spiritual Camino, that the real Camino begins once it is over.

She walked 20 miles each day on the French Way and, when she got back to London, she needed to walk 4 hours every day through Hyde Park. 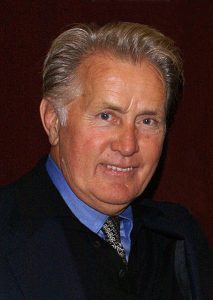 The actor from Ohio (his family was originally from Galicia) has the leading role in the movie “The Way”, released in November 2010. It is about a father that loses his son, and decides to walk the Camino de Santiago as a sort of homage.

In 2003, 7 years before the movie was released, Martin discovered the Camino with his grandson (but by car, since he did not have that much available).

He claims to be very proud of his Galician origins, that in Galicia he can feel free. According to him, the Camino de Santiago is the most perfect metaphor of life.

The Pope John Paul II (1920-2005) was the first pope who walked one stage of the Camino, towards Santiago de Compostela.

In 1982, he travelled to Spain for the first time, and finished the trip in Santiago. After this, in 1989, he walked the last stage of the French Way during the IV World Youth Day: from Monte do Gozo to Santiago.

He has always worked to spread the message of universalizing the Jacobean pilgrimage as a model of modern man.

As you can see, most of the celebrities on the Camino have decided to walk the most popular route: the French Way.

For more information about the Camino de Santiago or, particularly about the French Way, please do not hesitate to contact us here.