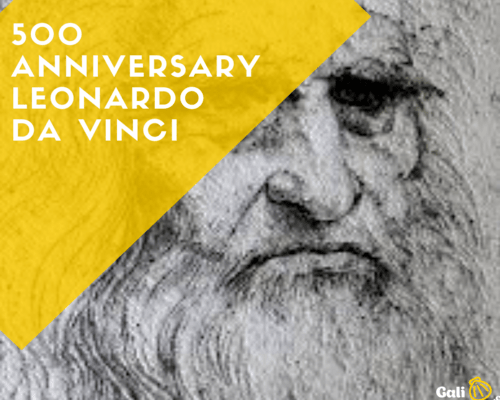 In 2019 we are celebrating a great master, who passed away exactly 500 years ago: Leonardo da Vinci.The press and media worldwide are already paying attention to this special event. Even though the anniversary of his death will be May the 2nd, many exhibitions have already started to show some of the Master’s piece of art.

Italy and many other countries will host unique exhibits to honor one the most famous inventor and designer in the world. Besides the exhibitions that are held in the United Kingdom (England and Scotland), Spain and France also the U.S.A. want to homage the great master. In cities as Washington D.C. and Denver they represent some of Leonardo main inventions and works. 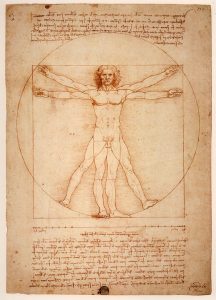 In respect with Italy you will be able to find some beautiful exhibitions in Turin, Milan, Florence, Venice.

In particular the Leonardo da Vinci: Drawing to the future exhibition, at the Royal Museum of Turin (from April 15- July 14).

The Vitruvian Man exhibition at the Gallerie dell’Accademia of Venice (from April 19 — July 14).

In addition to these, at the Palazzo Strozzi in Florence another exhibition with some of Leonardo works will be displayed (from March 9 – July 14). Finally, you can find a display in the Sforza Castle in Milan. The period he spent in this city, remains the symbol of Leonardo’s creativity climax.

In order to celebrate the genius, the show will be the exact day of his death anniversary (2nd May).

In Vinci, Leonardo’s birthplace, they will expose for the first time the drawing “Il Paesaggio” (“The Landscape”),  considered his first work.

Who was this renaissance genius?

Even though is almost impossible to define this incredible man with one single adjective, we probably can refer to him as a genial artist.

For many people his figure can be considered closer to a myth than to a real human being. That’s probably the reason why he is still so alive after 500 years.

Thanks to his endless curiosity, he could arrive where nobody else ever managed. 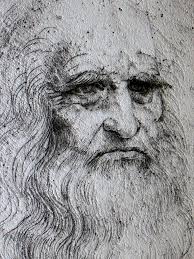 Not only he developed incredible skills in the sphere of art, becoming an amazing drawer and painter. Also, he flourished in several fields such as science, mathematics, technology, architecture, engineering, anatomy, writing, music and many more. He changed once for all the approach to these subjects, leaving a great mandate for the future generations.

As a matter of facts Leonardo demonstrated that the same person could develop multiple skills in several fields.

Probably he has been the best example of the incarnation of the Renaissance humanistic values.

Due to its incredible intelligence and inventiveness, we can easily say that Leonardo will never be outdated.

Let’s discover a bit more about this great figure. 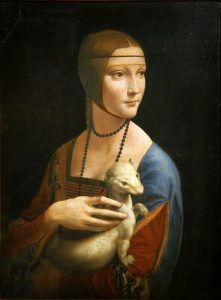 Certainly, it looks incredible how many things he achieved in this period of time.

At first, Leonardo spent most of his youth, in Florence. Precisely there he had the chance to receive the influence of some of the greatest painters of all the time.

Among them we remember Uccello, Piero della Francesca and Masaccio.

Apart from staying at the Medici’s court in Florence, he was invited by many other patrons of the Reinassance art and culture.

Later, in fact, he moved to the court of Sforza family in Milan. Here he lived more than 18 years.

During his life, he also worked in Rome, Venice, Bologna and he spent his last years in France, at the court of Francis I. He allowed Leonardo to live in a country manor house, the Château of Cloux, near Amboise in France.

His most famous works 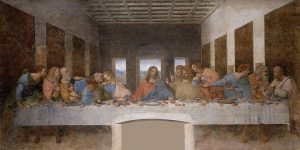 It’s in Milan where he probably lived  his most productive stage.

In addition to other paintings, it’s here where he created the world-famous Last Supper.

This was commissioned by Lorenzo Sforza for the Monastery of Santa Maria delle Grazie .

This beautiful painting, (started in 1495 and ended in 1498) is the most reproduced religious work of all time. It represents the last dinner Jesus Christ had with the twelve apostles.

This wonderful masterpiece still covers an exceptional admiration in visitors from all over the world.

Great artist as Andy Warhol and Frida Kahlo, showed their respect to the Genius with their interpretation 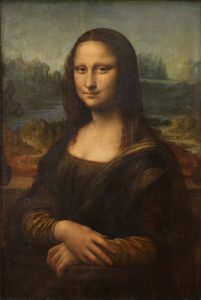 Some of the most popular works of Leonardo are the Mona Lisa, The Lady with Ermine, The Vitruvian Man and Salvator Mundi.

The Mona Lisa is an emblematic work who has been studied for many years by professionals from all over the world.

Nowadays, it’s exhibited in the Louvre Museum in Paris.

The famous smile of the “Gioconda” gave rise to many conjectures about its real nature. It is enigmatic and mysterious because it comes and disappear while you stare at the picture. The technique of the “sfumato” which means blurry, ambiguos, was typical of many Leonardo’s masterpieces.

One more time Leonardo survives over the centuries. The only thing we can do is keep exploring and admiring the endless power of his legacy. 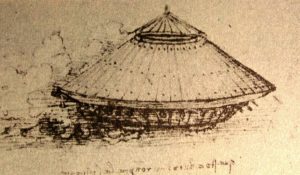 According to what we know, he was vegetarian and had great respect for all forms of living beings and got a real connection with the nature.

He was surrounded by many friends, all estimated figures in their fields. Nonetheless, he was quite jealous of his privacy so we don’t know much about his personal life. Therefore, many speculations took place above it.

Coming from an illegitimate relationship, his mother was a peasant and he never had a formal education. Most of his knowledge came from self- education.

He never published many of his notes so we missed a lot of his inventions.

However, we know some of his inventions and they are still used today in the modern society. 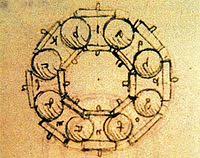 Among them we can see :

A lot of other inventions are still used nowadays, looks incredible but it’s all true!

He took more than 14 years to paint the Mona Lisa but still, he never considered it completely ended.

The painting of Salvator Mundi,  reached the highest price ever paid for a work of art, 450.3 millions of dollars.

Leonardo was the perfect combination of the two spheres of human brain. He was so talented both in artistic and scientific creativity.

The Italian artist crossed so many disciplines that looks incredible to believe it.

His curious approach to the world, left a mark in our way to try to answer to some of the main questions in nature.

Undoubtedly, this is an occasion to celebrate the Italian Master and to visit one of the many exhibits in his honor. If you want to visit Tuscany, where Leonardo got his inspiration and education, contact us!