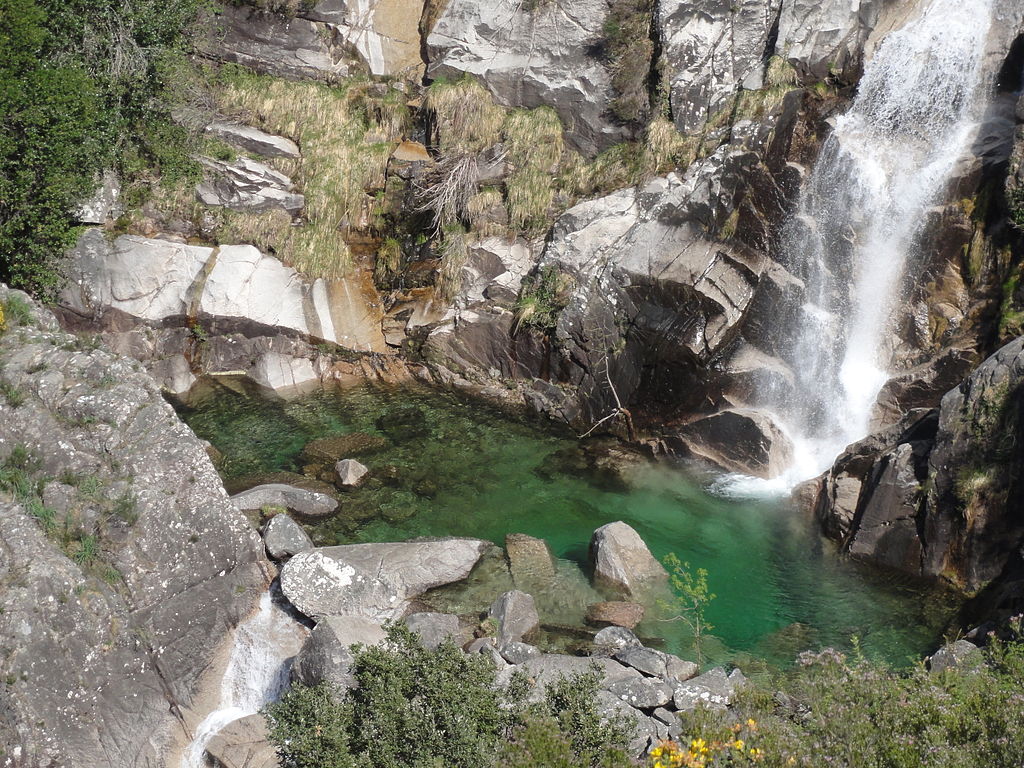 If anything makes the different Ways to Santiago so full of magic it’s probably the sceneries that shape them. From Castilla’s golden lands and poppy fields, to Galicia’s leafy and mystic forests, you can tell there is a landscape for each pilgrim. And in order to celebrate the European Day of Parks, that takes place every 24th of May, we have decided to compile the most beautiful Galician green sceneries that also share space with the main routes of the Way. 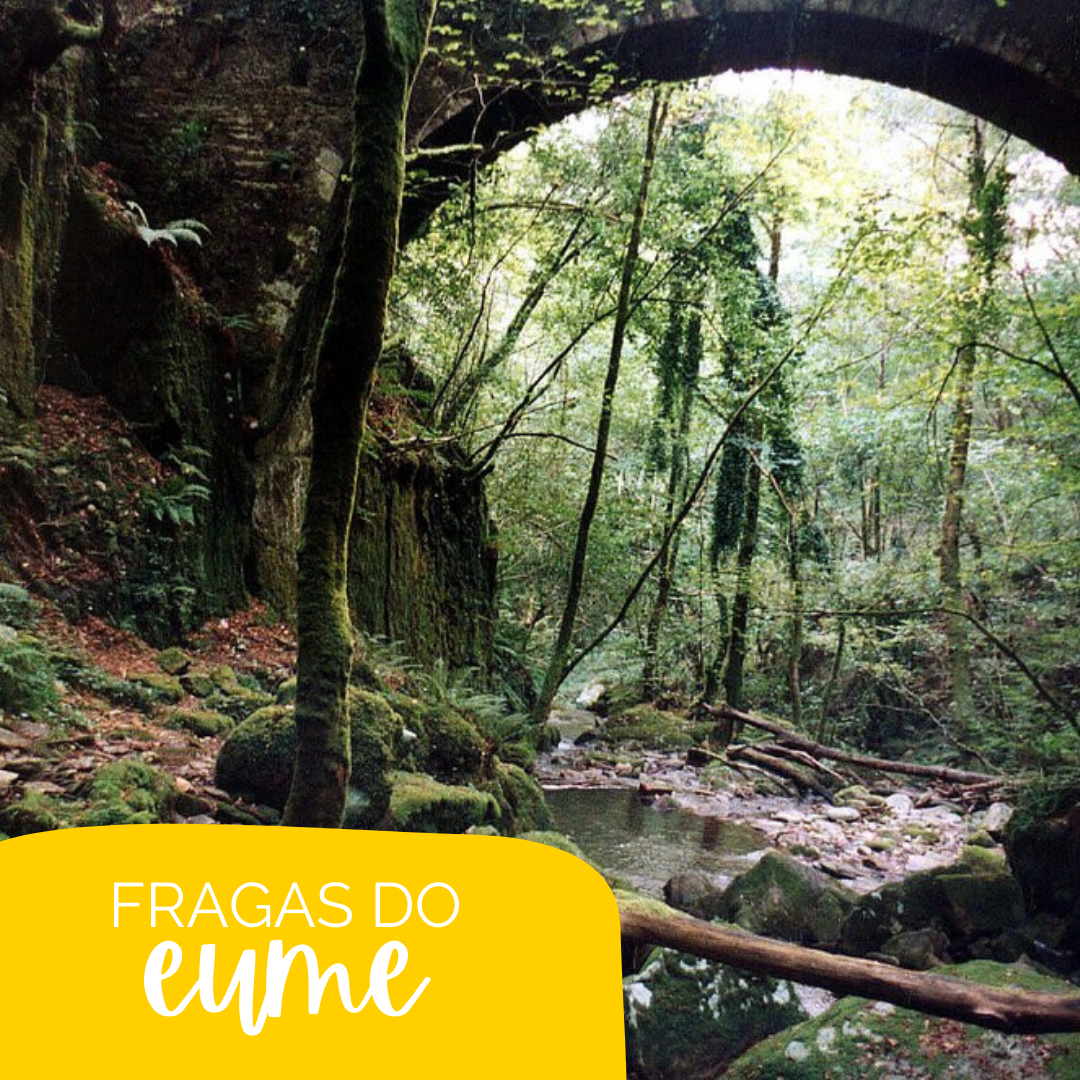 Ash trees, poplars, ferns, creeks, little creatures… It’s hard to describe Fragas del Eume without making reference to the magic that exists in this vast Natural Park that has 9000 hectares. The light seems to explode in incalculable different shades of nature, and the quietness oozes in its paths, making it the perfect stop in your route as a pilgrim. And the fact that only 500 persons live inside the area of the park has made it win the title to the best preserved park inside Europe. Nevertheless, you can still witness the vestiges of the past in its routes: bridges that will take you to Monasterio de Caaveiro, a must visit of a religious historical building, and also to the four different viewpoints that you can find in the entirety of the park.

For keen pilgrims, this park is accesible through the English Way in the closeness of As Pontes, Pontedeume and Monfero. You can also get some snacks and drinks in the tavern in the proximities of Monasterio Caaveiro, an ideal spot to replenish your energy after a long day in the Way. 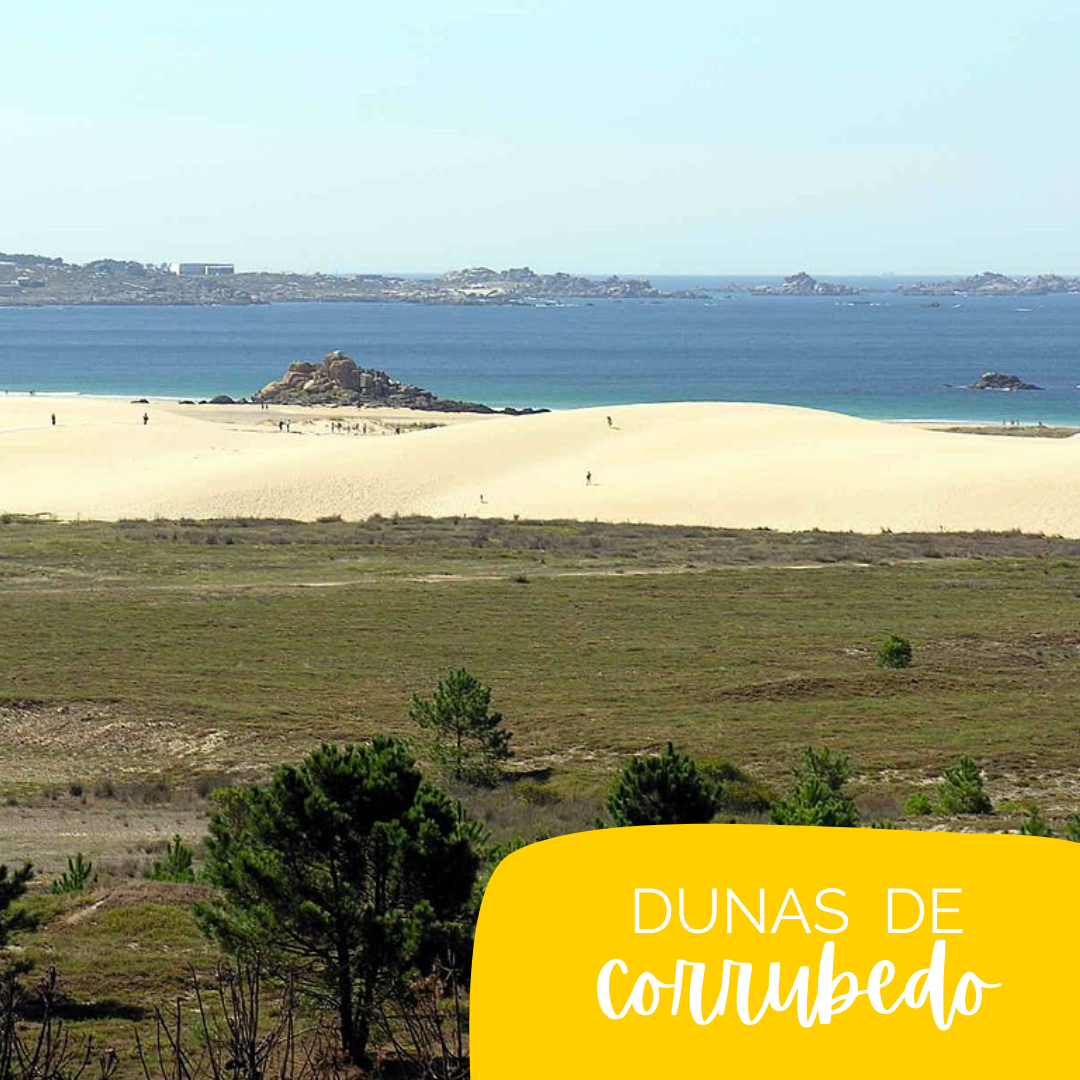 Probably one of the major natural attractions in Galicia, the dunes in Corrubedo, as well as the whole park that contains them, awakens feelings of fascination between locals and tourists equally. Known officially as Complejo Dunar de Corrubedo y Lagunas de Carregal y Vixán, in the park you will be able to find different paths that will help you know this park in depth: from the diverse life it contains, through the calm, fresh and saltwater, ponds, to the viewpoints where you can observe the moving dunes. A walk that you can take as a way of disconnecting from the tiredness… in a responsible manner! Since the passage to the dunes is prohibited to protect the species that live within. Follow the authorities recommendations and respect the natural environment, it’s the least you can do!

It’s perfect for those of you who are doing the A Orixe Way and you want to lay down for a bit on a sandy beach, or even be adventurous and take a dip in the Atlantic Ocean. 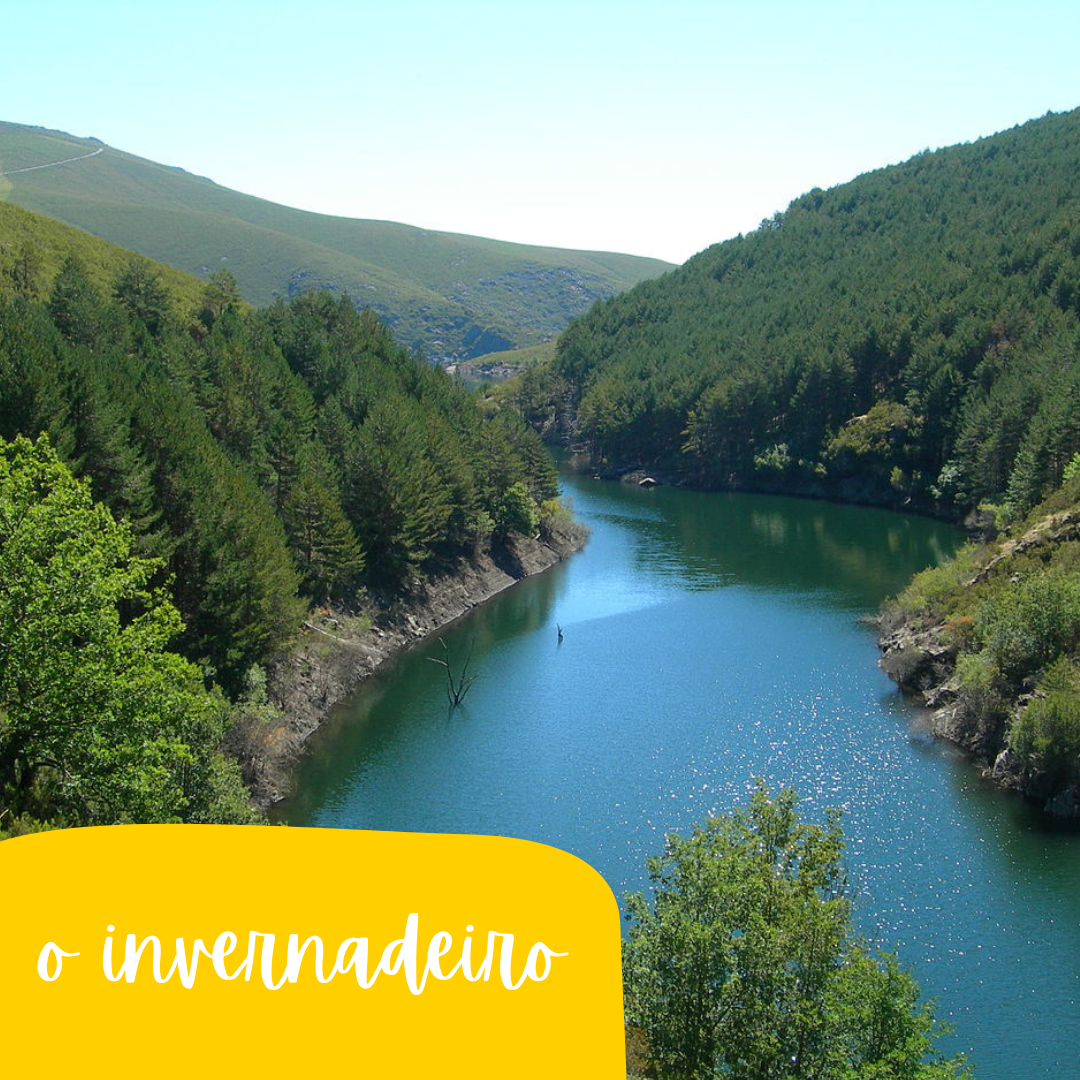 Located between the valleys of Ribeira Grande and Riveira Pequena, O Invernadeiro Natural Park is the only of the six galician parks that is currently not inhabited by humans. As you hear it, 5.700 hectares of pure nature that are located in Ourense’s province, adjacent to the towns of Terra de Trives and Verín. On it, the luckiest of you all will be able to see local animals in action: roes, deers and mountain goats among many others. If you are looking for a peaceful moment, you can either enjoy a well deserved break in Ribeira Grande’s river shores, stop for a quick snack in Agua or de las Truchas’ paths and marvel at the river ecosystem as a whole.

It’s a dreamy park for those that appreciate the change of the seasons in its full glory: from snowy peaks in winter, to spring and summer’s blooming, to the exploding autumnal colors in the forests. If you are traveling through Vía de la Plata, you will be able to find the Macizo Central on your way to Ourense.

The magical Parque de Serra da Lastra, that withholds indigenous species in its 3000 hectares, is of great importance to the most amateur of the speleologists. Its caves are packed with stalactites and stalagmites of great value, which makes it a perfect destination for pilgrimage, and not precisely our type!

A natural paradise that is worth a visit if you are on your way to the Winter route, that has its starting point in Ponferrada, passing by Valdeorras, just to continue along the southern part of Lugo’s province before arriving in Santiago. We encourage you to stop by and wander around the diversity of its landscapes. 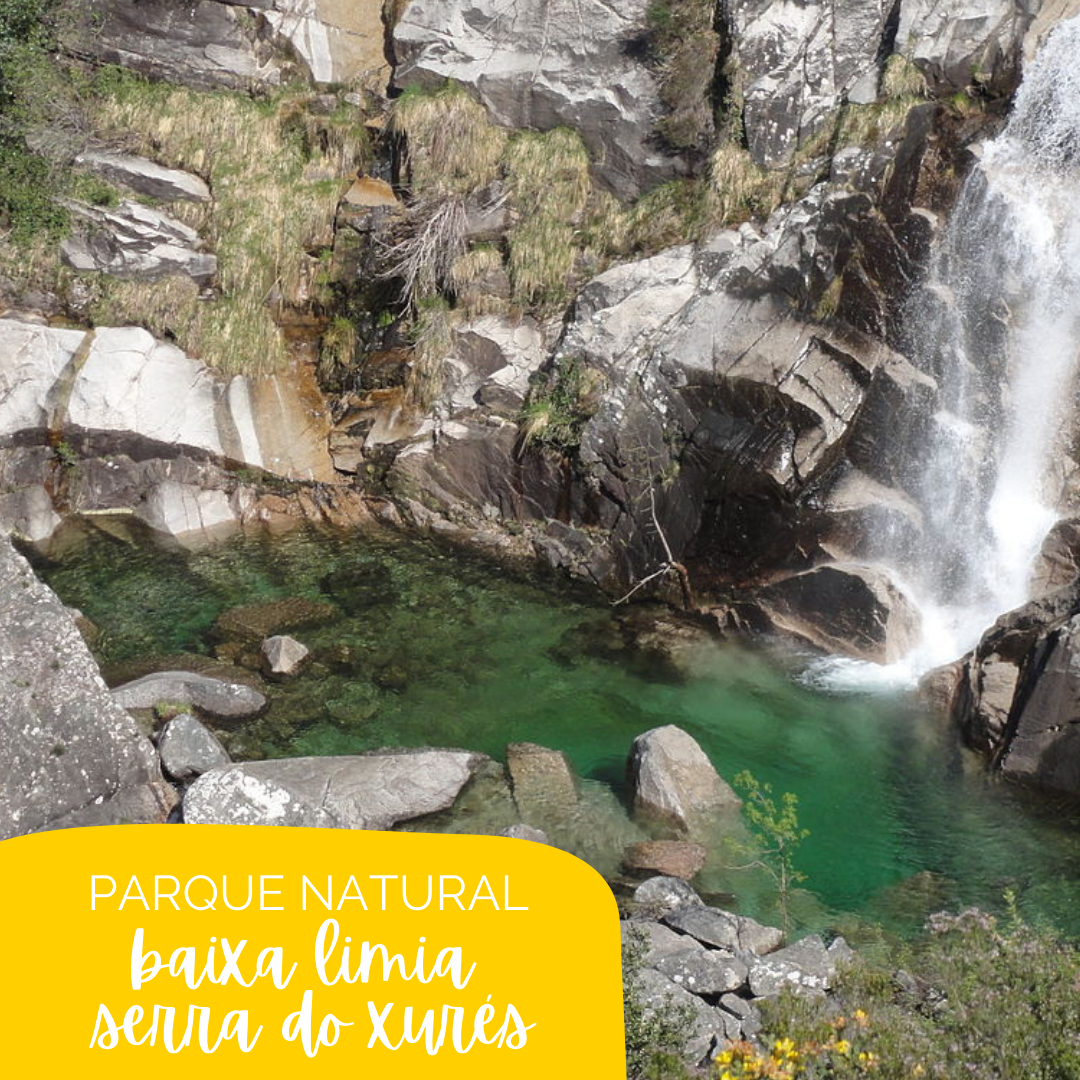 Also known as the natural park that knows no borders, Peneda-Gerês national park for the Portuguese, Serra do Xurés for the galicians, spreads from the southwest on Ourense province to Lobios’ county in Braga’s district in Portugal, forming the only cross-border preserved space in Europe.

And as expected, this park exceeds any expectations about beauty and diversity. Once inside, you will be able to spot iberian wolves, deers, wild horses and cachenas cows. On another hand, waterfalls, rocky cliffs, viewpoints, rivers and century old tree paths are the most natural scenery in this place. The landscape evolution while traveling through its roads makes it a more than recommendable stop to reconnect with nature.

We are more than aware that this Park is nowhere near the routes of the Way, but we couldn’t help but mention it in this post due to its unmatched beauty! 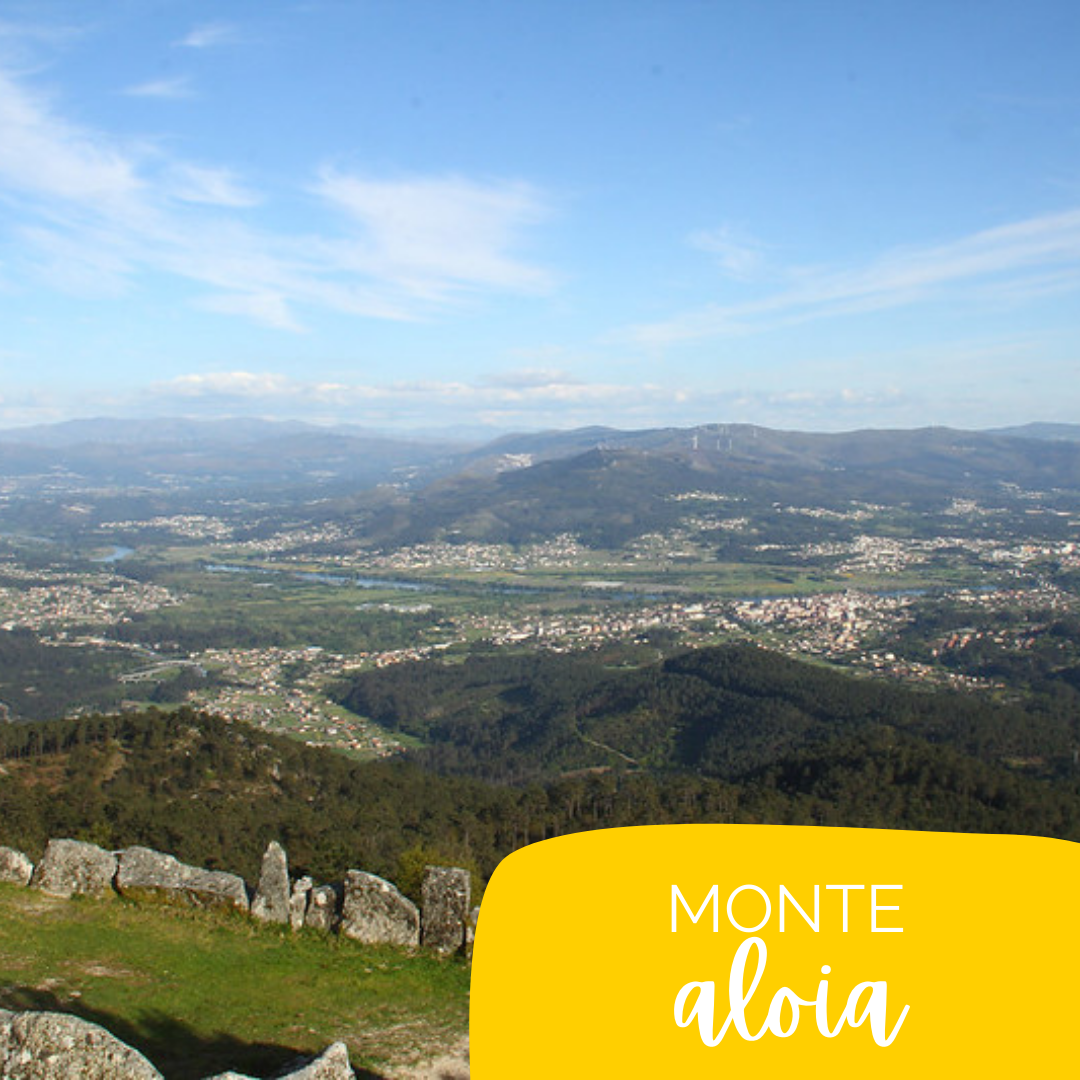 Monte Aloia’s natural park shines proudly knowing that it was the first space to be declared a natural park in 1978. Located in the proximities of Tui, small in size, the diversity of the elements that it withholds has nothing to envy of the rest of the parks in this list. As a result of repopulation with exotic species brought from Lebanon, its vegetation changes with the seasons and it transforms into a tapestry for the varying colors of nature. Moreover, the park relies on the privileged view of Miño river, thanks to the watchtowers on its 4 different viewpoints.

An excellent environment if you’re walking on the Portuguese Way and you want to stop in a picnic area with stunning views. And if you still have any stamina left, you can go on its 10 kilometers of tracks where you will be able to see picturesque watermills, calming river streams and ancient prehistoric and roman remains.

Santiago’s Way is the right reason to get to know your natural surroundings, and whether you are seeking a place to rest or you are looking forward to delving in the places you get to visit in every stage of the Way, these 6 Galician natural parks are not to be missed!