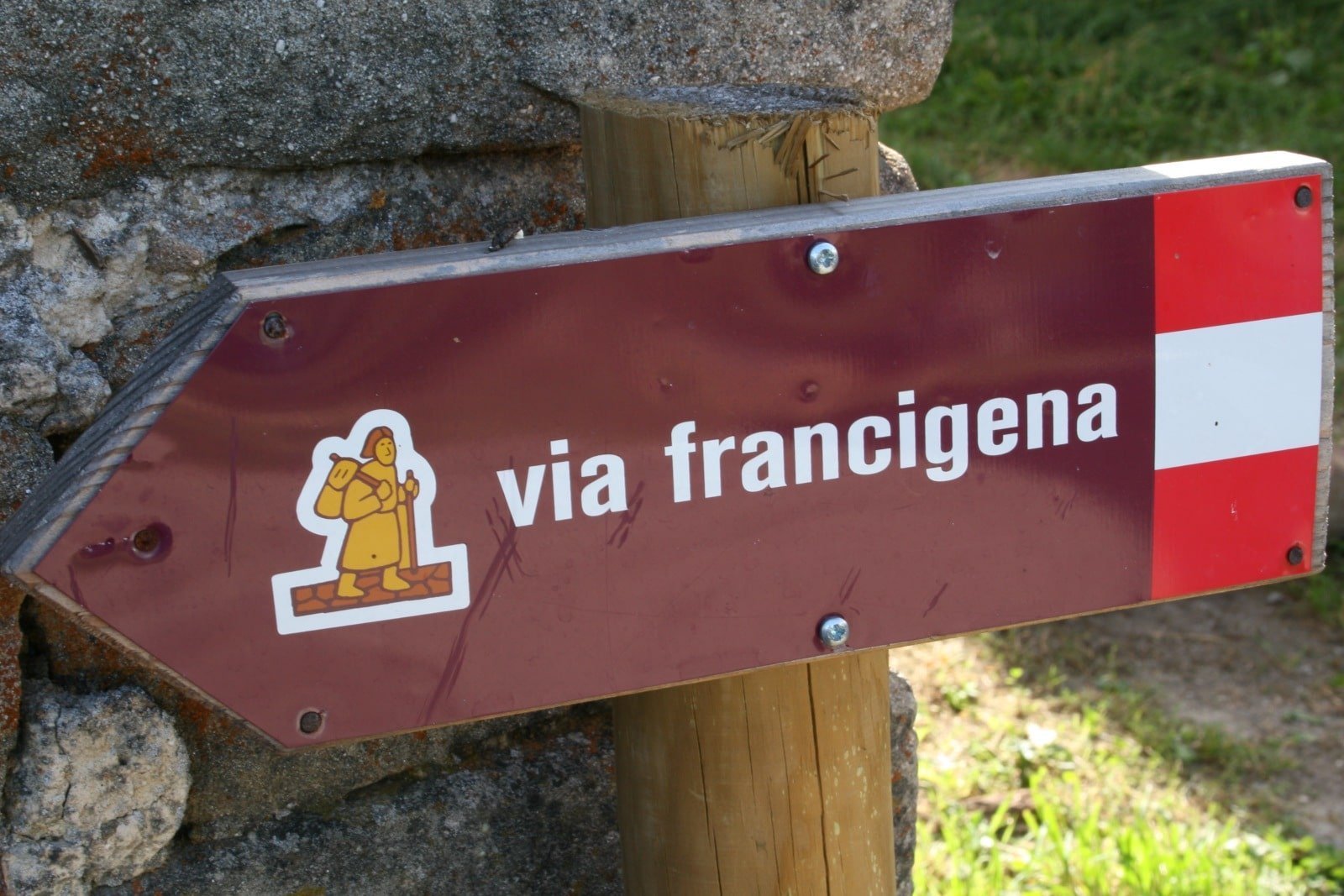 Are you looking for your next challenge?

Do you like to be part of exclusive events with hundreds of other people?

This is your last chance to sign up for the European Francigena Marathon!

Join in such amazing experience, crossing the beautiful country of Italy!

Why marathons are getting so popular?

Nowadays, marathons are getting more and more popular. As a result of many factors, what was once considered as an extreme activity for a small elite is now much more practiced. 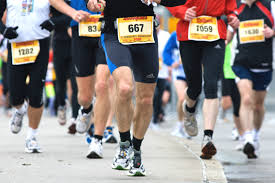 First of all, there are many marketing strategies around this kind of events. These made marathons such a trend in the last years!

Secondly, the social aspect connected with meeting of such massive groups is very important too.

People feel more connected when they are part of a whole. Thus, they can share the same values, same efforts and same goals.

Moreover, the physical reasons that push people to participate in a marathon are also very important. Health is definitely one of the main aspects we care about in our daily life. We are spending a lot of money in practicing sport, indoor and outdoor activities, to maintain a better physical shape and feel healthier.

Finally, we are now able to share instantaneously our progress by social network (Instagram, Fb, Strava..) and this is a great incentive for every person who practices a sport.

How is the European Francigena Marathon? 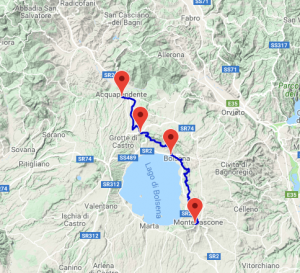 In Galiwonders we love walking and exploring new countries, so we want to inform about this event to all our friends who share our same passion.

Even though the European Francigena Marathon is just a walking at a slow-pace event, who participate still has to walk 42,195 km, so they should be trained to finish it. This is not a competitive race but just a nice occasion to allow people to know this beautiful route and have a unique experience together with hundreds of other participants.

Remember that the registration deadline is the 15 May 2019, so hurry up!

The track will start in Acquapendente (132 km north of Rome) and end in Montefiascone after 42,195 km of walking at a slow-pace along the Francigena.

This is a beautiful initiative to get to know this path whose great historic past is still alive today.

Some of the alternative routes of the marathon are:

The track of the Francigena Marathon

The begin of the Francigena Marathon is in the town of Acquapendente, at the border between Umbria and Tuscany.

After leaving the Piazza del Comune (the town hall square), the participants will pass through some of the most emblematic parts of the town and close by the Basilica of the Holy Sepulchre.

Here, inside the crypt, there is the shrine of the Holy Sepulchre of Jerusalem, one of the most important examples in Europe.

Later, the itinerary continues to the town of San Lorenzo Nuovo for the first interim arrival (11.3 km). For those who want to proceed until the next stage of Bolsena (23,5 km), the path will lead along the volcanic ridge. Passing near the Basilica of Santa Cristina they will then continue  until Montefiascone (42,195 km). This will be the last and more arduous section of the entire walk. The beauty of the landscape will make the effort a bit more endurable, like passing by the Turona nature reserve or enjoying the view over the Bolsena lake from the top of the historical village of Montefalcone.

At the end of the marathon, the participants will arrive 100 km from the tomb of Peter, and they will be able to admire the Fortress of the Popes. Called Rocca dei Papi in the italian language, it was built by Pope Innocent III during the 13th century and used by many other popes after him. From its gardens the view are simply incredible!

The Francigena Marathon is not enough for you? 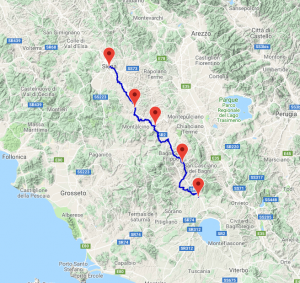 If you think the Francigena Marathon is not challenging enough for you don’t worry, there is something more.

On October 12th you will be able to participate in the World Francigena Ultramarathon in Italy!

Yes, they also thought about the most extreme walkers who want to challenge their limits even more.

The registration to this event is already open… so do you dare to do it?

In case it is too challenging don’t worry, there is a shorter track of “only” 65 Km form San Quirico D’Orcia to Acquapendente.

The route will be of 120 km from Siena to Acquapendente and only people older than 20 can register for it.

A bit of history of the Via Francigena

Originally called “Via di Monte Bardone” due to the Cisa’s Pass (Mons Langobardorum), the Via Francigena was already used in the 7th century by the Lombards who where competing with Byzantines for the Italian territory. 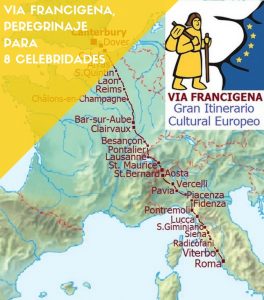 Later, became more and more famous during the French dominion on italian territories with the name of Via Francigena “road that originates from France”.

However, it was only thanks to the Archbishop of Canterbury, Sigiric, that it reached its maximum notoriety, mainly among the pilgrims.

He wrote an accurate diary of his pilgrimage from Rome to Canterbury (even though nowadays pilgrims walk the same path but follow the opposite direction).

In particular, two are the most followed routes along the Via Francigena: one is in Tuscany (Lucca to Siena) and the other in Lazio region (Viterbo to Rome).

The Via Francigena is becoming a very common route among those travelers who want to know the country and its traditions in a deeper way, far from the most touristic areas and with a real connection to the historic and cultural background of the most internal town.

If you are interested in discovering Italy along the Via Francigena don’t hesitate in contacting us for a custom-made itinerary. Don’t worry! You won’t need to do a marathon in one day. We will split the stages in more days… promised!